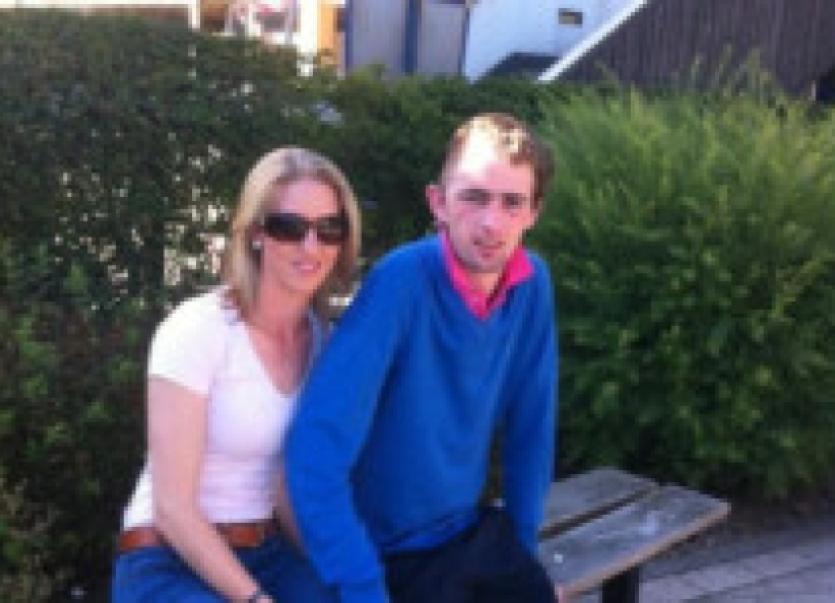 THE mother of Limerick jockey Brian Toomey who sustained serious head injuries in a fall in Scotland in July says she has seen “a great improvement” in him in recent days.

THE mother of Limerick jockey Brian Toomey who sustained serious head injuries in a fall in Scotland in July says she has seen “a great improvement” in him in recent days.

The 24-year-old is continuing to receive treatment at James Cook University Hospital in Middlesbrough.

“Even though we saw a great improvement in him in the two weeks, there is still a long way to go,” said Marian Toomey who along with her husband, Johnny, visited Brian last week.

“He has full movement. He can walk. It is very important with a brain injury that he gets a lot of rest. He is in great form. In the last few days he has been really good,” she added.

Brian, from Manister, was placed in an induced coma after undergoing surgery to his brain in the aftermath of his fall at Perth on July 4.

He had initially been treated at Ninewells Hospital in Dundee but was transferred to James Cook University Hospital in Middlesbrough last month.

The move to Middlesbrough has made visiting easier for Brian’s many friends within the racing community in North Yorkshire where he is attached to the stable of trainer Kevin Ryan.

Brian is dating Kevin’s daughter, Amy, who has been a “huge support” to him since his fall.

“Amy is doing well,” said Marian. “Amy had been injured in a fall. She is not able to ride at the moment. She hurt her shoulder so she has to stay out from horse riding for a while. Her family have been fantastic. They moved him down to Middlesbrough to be near all his friends and to take the pressure off us as well.”

Marian was speaking to the Leader at the launch of a fundraising point-to-point in the Dunraven Arms in aid of another injured Limerick jockey, JT McNamara, a cousin of Brian.

“Brian was asking about the event because he knew JT so well. He used to live at the McNamaras’ when he was young, he was always up there,” said Marian.

While Brian will remain at James Cook University Hospital for the foreseeable future, the plan is that he will be left home for short periods before he is fully discharged from the hospital.

On behalf of Brian and all the Toomey family, Marian paid tribute to all those who have supported the family since Brian’s fall.

“We want to thank everybody - all our neighbours and friends in Manister,” she said.