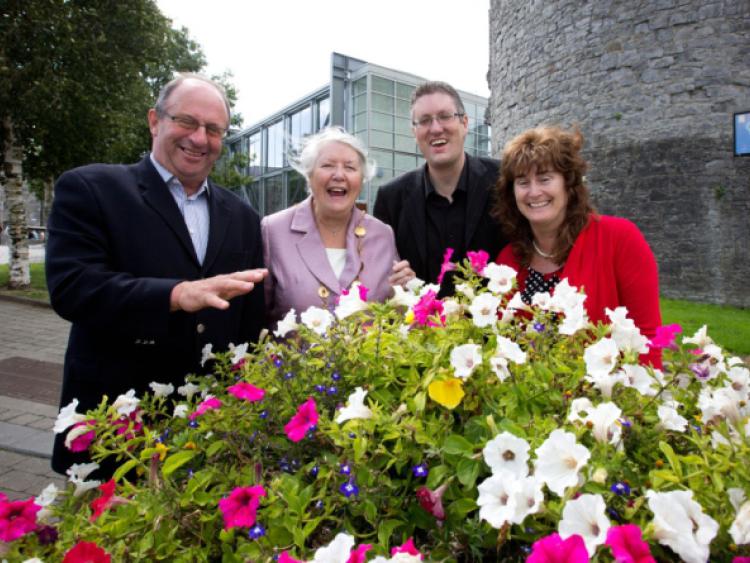 FIVE wildcard Tidy Towns communities have been selected by the Limerick Going for Gold judges to battle it out in the competition finale next week.

FIVE wildcard Tidy Towns communities have been selected by the Limerick Going for Gold judges to battle it out in the competition finale next week.

Though Annacotty, Garryowen, Castletroy View, Woodlawn Park and Fitzhaven/Castlecourt/Castlewell lost out on the public voting, they will join five other finalists for the Going for Gold title, on September 17.

Garryowen Community volunteer, Debra Broe was surprised to hear of their success as it was announced on Live95fm yesterday morning.

“I am delighted that we got through to the final. We have put in so much effort over the last few years and it’s so good to hear that our hard work is paying off. Hopefully we can do better than the last two years, but we’re in the final and that’s all that matters now. Since the public vote, we got our stone erected and we have been cutting down various bushes around the area. We still go out there and we still meet up every week,” she told the Limerick Chronicle.

The Fitzhaven/Castlecourt/Castlewell volunteer team is eager to give back to the community which has supported it, according to Mary Hellewell.

“This is brilliant because we are working with the Limerick Civic Trust at the moment. We have an old well in the area and all the stonework on it is crumbling. With a bit of funding from the competition, we will be able to fix that, because we are paying for it ourselves. That is what we hope to do anyway.”

Castletroy View volunteer, Harold Richardson said the neighbours are hopeful that they can beat Janesboro, Caherdavin, Spring Grove, Carrabullawn and O’Malley Park - the other five opponents - in the final.

The 2013 Going for Gold final will be held at The Strand Hotel on Tuesday, September 17, at 3pm.