Limerick entrepreneurs urged to tap in to village work ethic 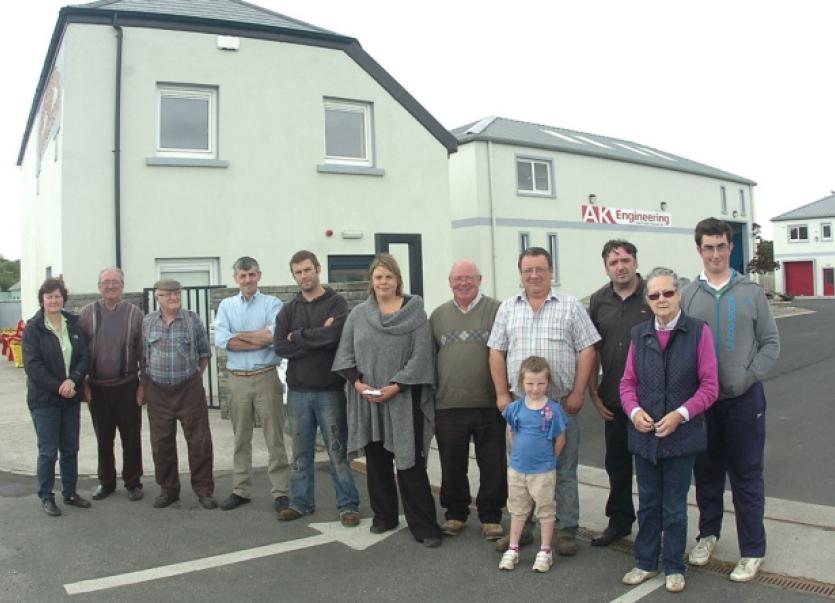 THE BROADFORD community enterprise centre is seeking to entice new local companies to set up in the €800,000 facility, two years after it opened its doors.

THE BROADFORD community enterprise centre is seeking to entice new local companies to set up in the €800,000 facility, two years after it opened its doors.

At present three out of the centre’s four units are vacant, and budding entrepreneurs in the nearby area are being encouraged to use this as an opportunity to start up a new business.

The centre was built on the site of the old village creamery, which dates back to 1889, and was constructed using grants from Enterprise Ireland, Limerick County Council, West Limerick Resources and other bodies.

Karen Sykes, who has been tasked with helping to promote the enterprise centre, said that Broadford’s history as a place to do business remains as strong as ever.

“While still in the middle of a recession, it’s clear that Broadford is a hub of activity and all its new and existing businesses are doing well due to the support they receive from their community”.

The enterprise centre has four main units – two industrial facilities at the rear of the complex, and a two-storey office block which contains a separate unit on each floor. One of the industrial units is currently occupied by AK engineering, a trailer repair and fabrication business which was set up by Brendan Curtin in March this year.

Both of the industrial facilities are over 2,200 square feet in size, and include separate office space and high-capacity power connections. The two office facilities, meanwhile, measure 530 square feet in size and can either be used as a whole or partitioned into smaller officers or ‘hot desks’. All four of the enterprise centre’s units have canteen space and broadband access.

“The units are ideal for any business that is thinking of expanding, and are available at highly competitive prices”, Ms Sykes said.

The enterprise centre is just one example of Broadford’s long-established nous for community development.

Broadford also boasts a community-owned childcare centre – which is the largest employer in the village – as well as a community housing scheme.

During his visit to the village in 2011, Mr Kenny praised Broadford’s community development ethos as “an example of what can be done. You’re getting up, and you’re doing it yourselves”.

For more information on the centre, email broadfordenterpriseunits@gmail.com or ring 087 6319893.