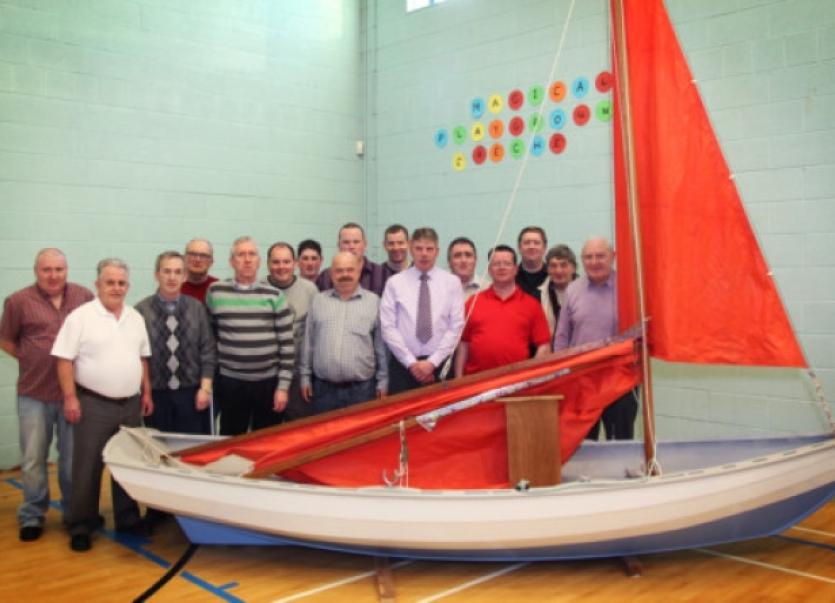 Southill Men’s Shed Project celebrated its 2nd anniversary with the unveiling of a hand crafted sailboat at Southill Area Centre.

Southill Men’s Shed Project celebrated its 2nd anniversary with the unveiling of a hand crafted sailboat at Southill Area Centre.

The sailboat is the fruit of six members of the shed’s efforts over the last eighteen months.

Ger Kelly, one of the six who participated in the building of the boat said:

“It was a proud moment to finally unveil the boat to the rest of the group, it was a work in progress for a long time but was worth waiting for. I really enjoyed the project and learned so much about boat building and working with wood.”

The group also showcased two benches that were made as part of a carpentry course ran in conjunction with City of Limerick VEC and St Enda’s secondary school.

The benches were built by the men themselves with support of tutor Ger Lewis and were presented to Southill Area Centre Community Garden.

The group are currently working on making storage shelves for the crèche operated by Southill Family Resource Centre situated in Southill Area centre as part of the Southill Men’s Shed philosophy of giving back to the community whilst also learning new skills for themselves.

Jimmy Prior had nothing but praise for the group: “The men are a pleasure to work with and get on so well together, the project has had a hugely positive effect on many of the individuals involved. Thanks to all involved. Onwards and upwards.”