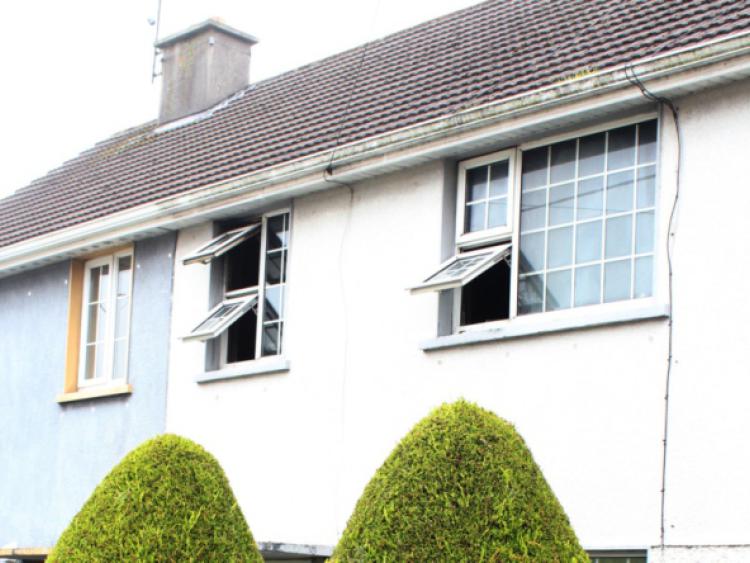 The scene in Assumpta Park, Newcastle West, this Wednesday

THE Newcastle West man whose body was found during a fire at his home on Tuesday night has been described as a “thorough gentleman” and a “lovely man” by those who knew him.

The man, who has been named locally as Tim Corbett and who was in his 70s, was pronounced dead at the scene when emergency services were called to his house in Assumpta Park about 9.30pm on Tuesday night.

But a post-mortem was carried out to establish whether Mr Corbett’s death was a result of the fire or due to natural  causes.

Two units of the fire services spent over two hours attending the fire in an upstairs bedroom in Mr Corbett’s home.

There was nobody else in the house at the time and nobody else was injured. The scene was preserved and later forensically examined.

But Mr Corbett’s death, in the tragic circumstances of the house fire, has horrified local people and given rise to great sadness in the community.

He was a familiar figure about town, seen most often sporting his signature Russian Gorbachov hat. He was always in good humour and always ready for a chat, Fine Gael TD Patrick O’Donovan said. “He was a thorough gentleman,” he said.

A native of Co Cork, Mr Corbett was involved in the building trade and later looked after Shannon Development’s property portfolio in the town. He was a life-long member of Fianna Fail and served as chairman of the Newcastle West cumann for many years and up to the time of his death.

Fianna Fail TD Niall Collins said that Mr Corbett was “a huge loss to his family and community. He was a very well liked and respected man, a popular member of Fianna Fail, and I would like to express my sincere sympathy to his family on the awful tragedy which befell him.

The father of two daughters Mr Corbett was also a grand-dad. He cared for his wife, Margaret, at their home for many years until she needed the specialist care of a nursing home.