Bishop of Limerick looks to laity to fill ministry roles 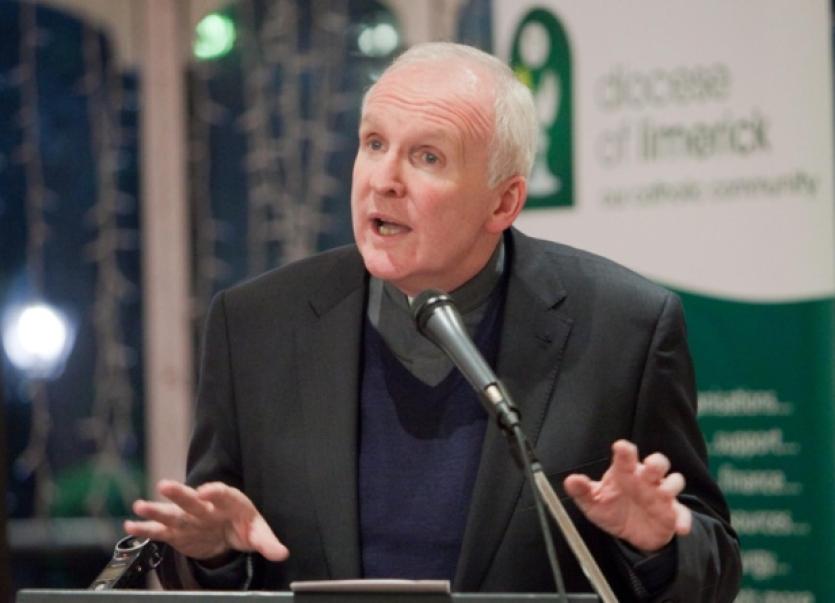 BISHOP of Limerick Brendan Leahy has suggested that lay people could fill some of the roles created by a fall off in vocations.

BISHOP of Limerick Brendan Leahy has suggested that lay people could fill some of the roles created by a fall off in vocations.

With a huge decline in priestly vocations, Bishop Leahy said that the deepening involvement of laity would “serve to bring the Church closer together”.

Speaking as he announced a reshuffle in the Diocese, Bishop Leahy addressed the decline in vocations and said that “the faithful is responding to its calling to play a greater role in pastoral ministry by showing a clear intent and desire to enhance its role in the Church”.

He noted that the build-up to next year’s Diocesan Synod - and the event itself, which will take place in early 2016 with 350 delegates, drawn from all areas of Catholic faith - presented an opportunity “to create a pathway for the enhanced involvement of laity in ministry”. However, he also urged those thinking of joining the priesthood to consider doing so.

“The number of clerical changes is relatively few this year because we are in the build up to the Synod,” he explained.

“The Synod is going to be an opportunity for us to assess where we are in terms of our ability to respond to the pastoral needs of the diocese and how we address the inevitable challenges that will arise.

“The future will clearly involve many new arrangements around pastoral ministry in parishes but the more we progress on the road to the Synod and the preparations across the diocese, the more optimistic I am about how we are going to meet this. What’s clear is that in recent years many lay people are very much answering a new calling to them at this stage of the Church’s journey and what started out as a real challenge for us is quickly being transformed into an opportunity.”