Limerick plans for remembering 1916 to be discussed at council 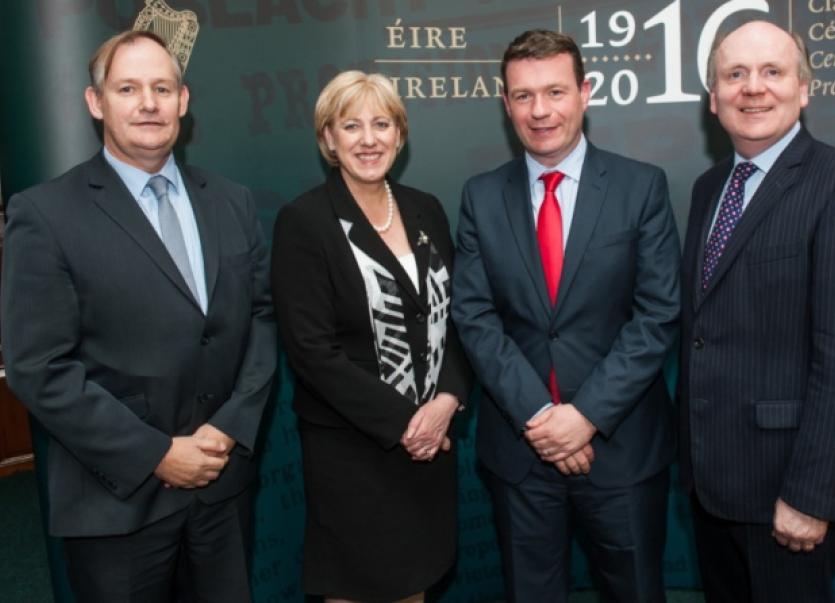 LOCAL authority executives are to brief councillors today on plans for commemorating the 1916 Rising centenary in Limerick next year.

LOCAL authority executives are to brief councillors today on plans for commemorating the 1916 Rising centenary in Limerick next year.

Damien Brady, Limerick City and County Council’s co-ordinator for the centenary plans, will brief the elected representatives at a meeting of the council today.

The briefing comes on foot of Mr Brady and Conn Murray, chief executive of Limerick City and County Council, meeting with arts minister Heather Humphreys last Thursday to update her on local plans for the so-called Ireland 2016 event.

A council spokesperson said Mr Brady would be making a “full presentation at the monthly meeting on where the council is at and how preparations are going” with regard to the centenary plans.

Input from the public has been sought as to how the Rising should be commemorated, with a series of public consultation meetings taking place in recent months and weeks in the city, Newcastle West, Rathkeale and Kilmallock, with people being encouraged to get actively involved in organising events in their own communities.

Two committees are at work in Limerick City and County Council to finalise the plans for Limerick’s 1916 commemorations.

“I am so encouraged by the level of excitement and engagement in Limerick,” she said.

“Local people are really interested in getting involved in Ireland 2016, and communities right across the country have been full of great ideas about how the centenary of the Easter Rising can be commemorated at a local level. Thousands of people have attended the workshops nationwide over the last three months, in what was one of the biggest citizen engagement projects in the history of the State.

“I would like to acknowledge the very positive response we have received from Limerick City and County Council to the Ireland 2016 initiative. It is clear that they want to play their part as we commemorate the events of 1916, consider our achievements over the last 100 years and look ambitiously to the future. The development of the Limerick plan is well advanced and it will play an important role in ensuring Ireland 2016 is a truly national event,” she added.

The national programme includes a number of formal state events to be held over Easter weekend 2016, including a military ceremony led by 1916 relatives on Easter Sunday, March 27, 2016.