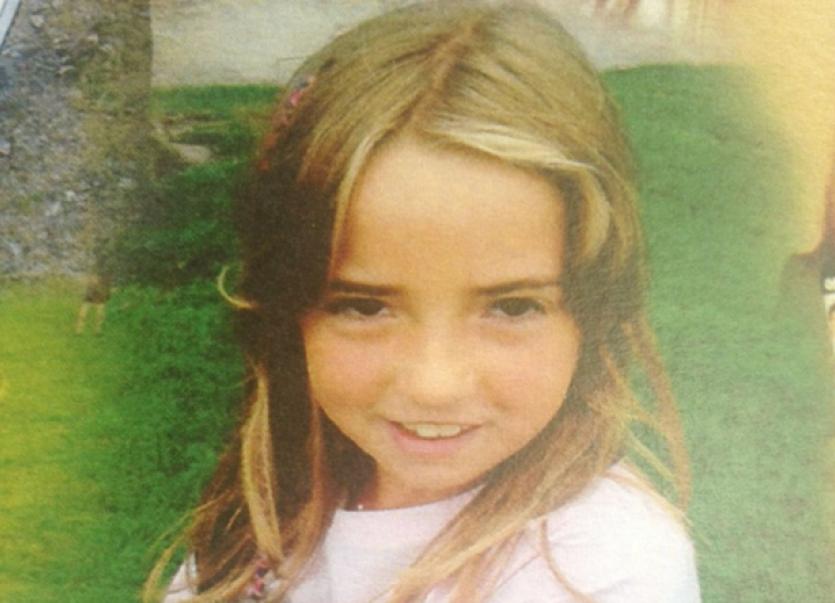 But she still has flashbacks to the day, last June 26, when a car, driven by a 17-year-old collided with her family car while she, her partner Eddie Murphy and Zoe were on holiday in West Cork.

“I met him on the day of the court case in Cork,” Alisha told the Limerick Leader this week, just days before a weekend of events, Remembering Zoe, gets underway in Abbeyfeale.

“I did want to meet him. I just wanted to know he felt as much as I did. He was heartbroken too. It helped me heal. He held up his hands from the very beginning. For an 18-year-old, he was very mature about it. That helped me respect him. That helped me forgive him. And I know Zoe would have wanted that.

“He is somebody else’s child. It could have been the other way,” she added.

The young man was given a two-year suspended sentence.

In the eleven months since that awful day, Alisha’s own physical injuries have healed. She received very serious internal injuries as a result of the crash but said: “I have made a great recovery.”

She still has some neck pain but intends taking part in Saturday’s cycle challenge.

The emotional healing has proven more difficult. But, she explained, she got fantastic support and counselling with First Light. “You have the days you just can’t get out of bed,” she admitted.

“I allow myself one or two of them but then say enough is enough. It is Zoe who keeps me going and I have a great network.”

The flashbacks, she revealed, are the worst.

“I am trying to block them out but am not sure that is the right thing to do.”

There is, always and constantly, the loss of Zoe, her lively, happy, laughing and outgoing little girl. But there are other issues too. She is, for example, more anxious in a car now.

She is not, she said, an overly religious person, but said: “I have great faith there is a God.”

And she has found comfort in the belief that Zoe is in heaven and she will be re-united with her some day.

“I still feel her around me. I include her in everything. That gives me comfort.”

Over the past weeks, Alisha has put a lot of her energies into ensuring the Remembering Zoe weekend is a success.

The weekend kicks off this Friday with a Variety Show in the Glórach Theatre at 8pm. This will, appropriately enough, feature Irish music, singing and dancing as Zoe herself was a member of Tournafulla Comhaltas Ceoltoiri.

And Zoe’s school pals at Scoil Mhathair De will also perform on the night. In addition, the music of One Direction, Zoë’s favourite group, will feature along with some surprises.

There will be two circuits, one of 35km and one of 105km with registration taking place in the GAA club this Friday and on Saturday morning. A benefit dance will be held that night and a Fun Day takes places at 2pm on Sunday.

All funds raised during for the Remembering Zoe weekend will be donated to Brú Columbanus who offer ‘home from home’ accommodation for the family of seriously ill patients in Cork hospitals, and to First Light who offer support to suddenly bereaved parents and families. A donation has already been made to the Hope Foundation.