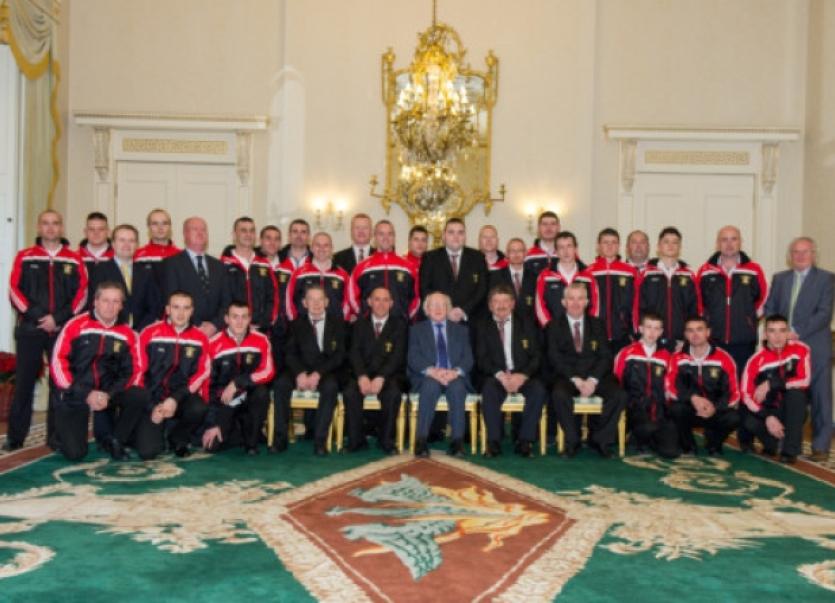 IT was a proud day for Moyross United as they met President Michael D Higgins at Áras an Uachtaráin.

IT was a proud day for Moyross United as they met President Michael D Higgins at Áras an Uachtaráin.

Some 40 coaches and players of the northside soccer team went up to Dublin to meet the President, who is a self-confessed soccer fan.

The reception was organised to honour the work the club does in the community, and praise the way they have developed in the past six years. In that time, Moyross United have achieved successive promotions, and will play in the FAI Cup against Clondalkin in early January.

First team manager Philip Power was impressed at the knowledge President Higgins had of his club.

“It was very humbling. Normally, events like these are kept for international teams, but little Moyross going up there was brilliant. Everybody was on a real high afterwards.” Philip said, “He asked me how long I was in the club, and praised what we had done in such a short space of time.”

PP Fr Tony O’Riordan said: “It was a day of real pride for the people of Moyross.”

“He [the President] was very generous with photographs, and I think because of his genuine interest in football, he had researched the achievements of Moyross, and truly appreciated their background,” Fr O’Riordan added.