Funds the only obstacle to Limerick village’s skatepark plans 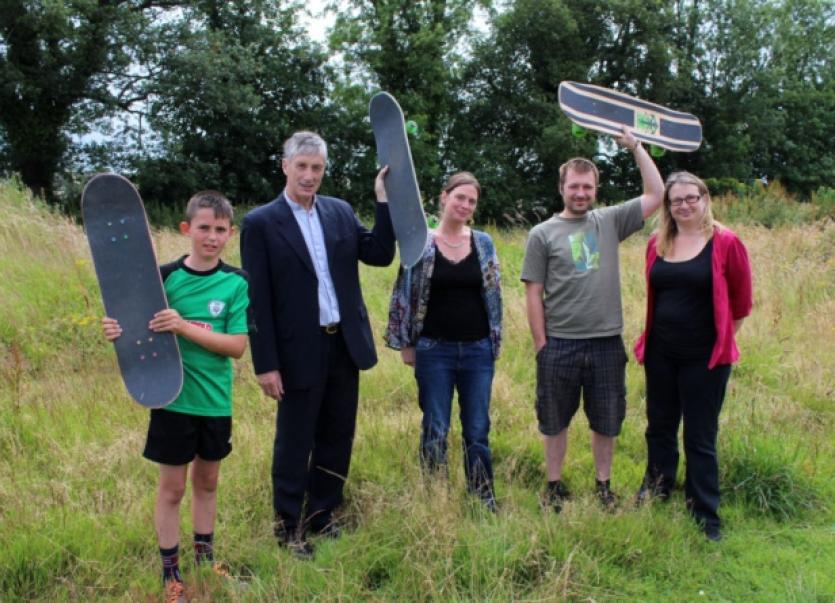 FR SIMON Sleeman has been banging the drum about the lack of facilities built for teenagers in Murroe during the boom for years - but now hopes are rising that the sounds of construction will be heard.

FR SIMON Sleeman has been banging the drum about the lack of facilities built for teenagers in Murroe during the boom for years - but now hopes are rising that the sounds of construction will be heard.

The chairman of Murroe Community Council said over 500 houses were built during the Celtic Tiger.

“There wasn’t a facility that came with them. That’s why we built the playground. We have a growing population of young people, the playground has served the younger children but what is going to happen to them when they grow up?” said Fr Simon.

To serve them now and long into the future the community council is fundraising for a skatepark and looped walkway in the village. They will be located on six acres of land bought by the community council. One of those involved is Elke Hayes-Kinsella who says it is nice to be a part of something that has such a “genuine ability to create an impact”.

“These projects represent the first phases of the Community Field Project, which seeks to develop much-needed recreational amenities for the burgeoning population of Murroe. Working closely with architects, locals and members of the skateboarding community, the community council is currently trying to secure planning permission to build these facilities on a six acre site purchased last year through the JP McManus Benevolent Fund,” said Elke.

Proceeds from the Murroe Music Festival and the annual run and walk went towards the plans. On Thursday and Friday, September 24 and 25 Fr Simon is organising a golf classic in Ballykisteen Golf Club. Contact the golf club for more.

“We’re trying to get a couple of grant applications in over the next couple of weeks so fingers crossed that we might get some bit of money coming our way from those. The committee that organise the tractor run have agreed to give their labour for free so they could get things moving pretty quickly if funds were made available,” said Elke.

The skatepark will be a home from home for Aaron Walsh O’Toole, Jack Ryan and Shane Murphy. The parents of the three Garanbawn boys could nearly drive blindfolded to the skateparks in Castletroy or Delta Retail Park such is the frequency of the journeys.

“My man bought me a skateboard when I was seven and I have been skating ever since. I was thrilled when I heard the news that they were building a park here in Murroe,” said Aaron, who is a big fan of Tony Hawk and is well on his way to replicating him.

“I can do an ollie, kick flip, pop shuvit and manual,” said Aaron.

Shane, aged 12, started last year after he used his birthday money to buy a skateboard.

“It is something I always wanted to do. I try and go [Castletroy and Delta] as much as I can. It would be really good to have a skate park here and it would be great for the whole community. It is getting more and more popular,” said Shane,

You rarely see Jack Ryan, aged 10, without his scooter.

“I got a new one only a few days ago. Sometimes I go to Castletroy so I am really looking forward to having a skatepark here,” said Jack. Mum, Paula said the playground is there for the younger children but the older ones need their own place to go.

“It would be great if they got the skatepark up and going as there are so many children within all the estates and they are going to use it for a long time to come,” said Paula.