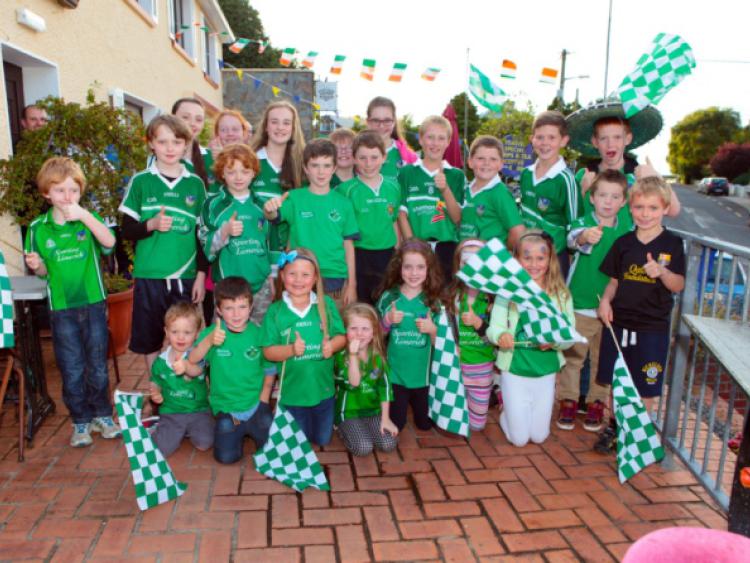 Come on Limerick! That’s the battle cry of local hurling supporters this Sunday as they travel to Dublin to face Kilkenny in the All-Ireland SHC semi-final in Croke Park.

Come on Limerick! That’s the battle cry of local hurling supporters this Sunday as they travel to Dublin to face Kilkenny in the All-Ireland SHC semi-final in Croke Park.

Among the thousands of fans expected to make the journey east will be plenty of children – many going after taking advantage of a deal between the clubs and Croke Park.

“A number of clubs have taken up the offer,” county board chairman Oliver Mann said.

“We have sold 7,000 tickets, overall, to the clubs. Also people have got their tickets direct from Croke Park or on-line,” he added.

Among the thousands of young supporters going to Croke Park are members of Blackrock GAA club.

Many of those supporters have seen Limerick success in Croke Park as their local club won the All-Ireland Jumior Club Hurling Championship in 2010. That Blackrock team beat Kilkenny opposition in the All-Ireland semi-final that year so perhaps the omens are good for the Limerick senior hurlers this Sunday.

Over 62,000 people were at last year’s All-Ireland semi-final where Limerick was beaten by the eventual champions Clare.

Mr Mann said that this year’s game is a lot more low profile than the one played at the same stage last year.

“There are a number of factors,” he said. “The players were anxious and the management was anxious to keep it low-profile.”

“On top of that there was only a two week gap between games [compared to a five weeks gap in 2013] and last year was the first time in a number of years we reached Croke Park,” he added.

Bus and rail services are also in place for supporters going to the game.