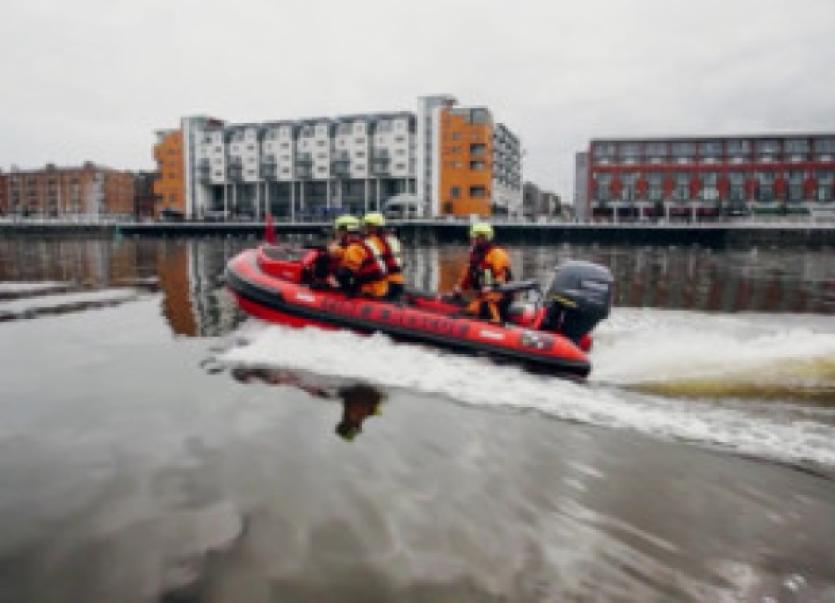 PRIMARY school children across Limerick are being asked to suggest names for a new power boat which has been unveiled by the Limerick Fire and Rescue Service.

PRIMARY school children across Limerick are being asked to suggest names for a new power boat which has been unveiled by the Limerick Fire and Rescue Service.

The custom-made RIB, which measures 4.8 metres, is moored on the river Shannon near the city centre and has been in use for a number of months.

The power boat, which is primarily deployed during river rescues, has been specially developed for the fire and rescue service and is specifically designed for the unique characteristics of the river Shannon.

The Limerick Fire and Rescue service responds to more than 1,500 emergency incidents across the city and county every year - a large number of which are river rescues.

A total of 48 members have qualified as Swift Water Rescue Technicians (SRTs) and crews are on standby 365 days a year to respond within seconds when alerted to emergency situations which occur on the river Shannon.

The power boat, which has yet to be named, is used in conjunction with inflatable rescue sleds which enable rapid deployment on the river to rescue a person in distress.

In addition to being fully trained, the SRTs are equipped with the most up-to-date technology. They wear dry suits, flotation devices and helmets which are all designed for use during water rescues.

The new power boat is moored on the river for swift deployment and has already proven to be of huge benefit to the work of the Limerick Fire and Rescue service.

Children who wish to enter the competition should email their suggested name for the power boat to fireservice@limerick.ie or post their suggestions to ‘Name Our Boat Competition’, Fire and Rescue Service, Limerick City and County Council, Dooradoyle.

Entries, which must be received by Friday March 13, should also include the pupil’s name and details of their class and school.

The competition is open to all primary school children who are attending school in the Limerick city and county area.

The winning child will be invited to attend the official launch of the powerboat which is expected to take place some time next month.

The pupil will also receive a full tour of their local fire station and will be presented with a special gift by Limerick Fire and Rescue service.

In addition to river rescues, members of Limerick Fire and Rescue service are deployed at fires, road accidents and incidents of major flooding.