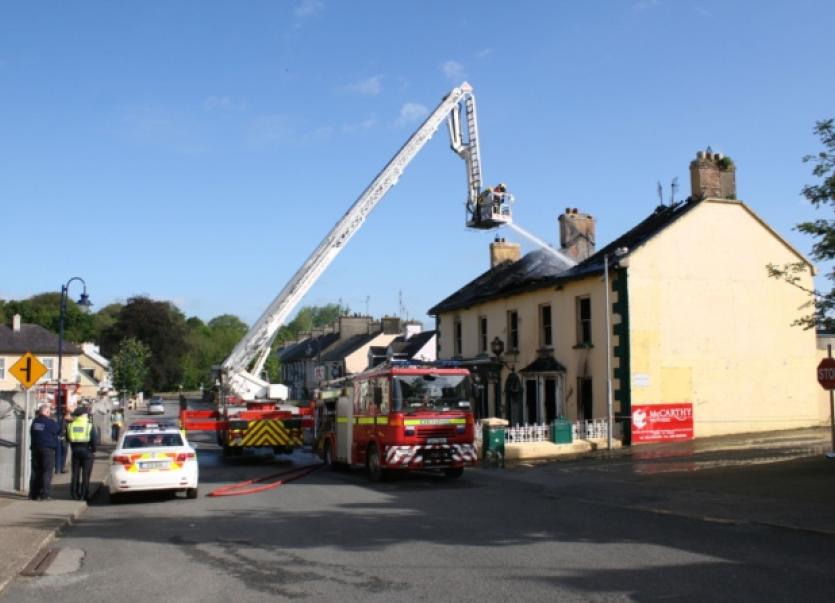 GARDAI are investigating a fire that gutted a landmark building in Castleconnell overnight.

GARDAI are investigating a fire that gutted a landmark building in Castleconnell overnight.

Three units of the Limerick City Fire Service and one from Cappamore rushed to the Worrall’s Inn following the call at 3.37am.

They battled the fire for hours, only returning to base at 7.13am. Then at 7.43am gardai requested further assistance form the fire service and two units returned to Castleconnell’s Main Street.

They remain at the pub which has not been trading as a licensed premises for around a year.

Newly elected county councillor, Shane Clifford, who lives in the village, said it was very sad to see part of the architectural heritage of the village destroyed.

“It was empty. We were working towards getting a landmark business to move in and take over the building to breathe new life into the village. I would like to thank local residents and fire service for their speedy response and containing the damage,” said Cllr Clifford.

There is a rich history associated with the building.