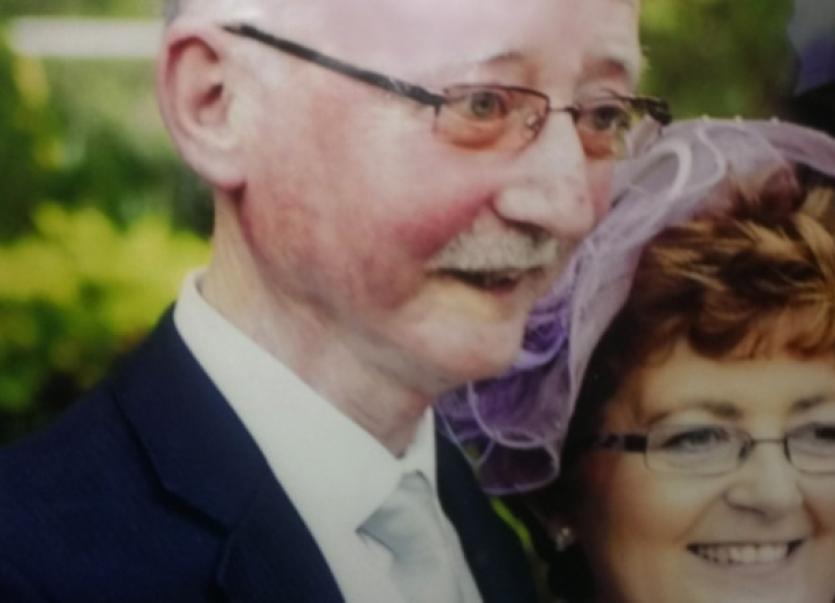 While there were plenty of tears at the funeral of 61-year-old Frank Casey, this Wednesday, there was also an air or appreciation that he lived 22 years after first being diagnosed with cancer.

While there were plenty of tears at the funeral of 61-year-old Frank Casey, this Wednesday, there was also an air or appreciation that he lived 22 years after first being diagnosed with cancer.

Frank, former production manager with the Limerick Leader, from Whitethorn Drive, Caherdavin, worked most of his life with this publication, joining in the days of the old printing press and hot metal but easily adapting to the new computer era.

His son Ger spoke of the family appreciation that they were able to enjoy 22 years with Frank, after he was diagnosed.

In that time Frank who was born in Mungret lived life to the full, enjoying two Heineken Cup wins by Munster, a recent Munster hurling crown at the GAA grounds, the birth of his first grandson Gearoid and much more.

A family man, devoted to his wife Mary, whom he met while working in the Limerick Leader, he was father to Ger, Catherine and David. They were a close family unit and got great fun in recent times after the family bought a record player that Frank could use to listen to his old vinyl favourites.

Not surprisingly one of the gifts brought to the altar to signify his different pastimes including an old Bee Gees album, a book, and other items to signify his love of gardening.

At home and in the Limerick Leader Frank was know as Mr Fix it. He could lay his hands to most things and was always called when there was a problem.

Only recently he brought joy to many young children in the local crèche when he fixed their broken trycles and bikes, which had lay unused.

In his younger days in Mungret village, Frank played with the local soccer team in the Desmond League and later in league run by the LDMC.

He also starred with the Limerick Leader and helped the company win an inter-firm league title some years back.

At the funeral Mass Fr Tom Carroll said that Frank would be doing his best to help Limerick beat Tipperary in the Munster Hurling championship on Sunday. “On Sunday he may help us against Tipperary and push us on in the championship,” he said to the delight of the big gathering.

The high regard and esteem felt for Frank was emphasised by the huge crowds who turned up to his removal from Thompson’s Funeral home to Christ the King Church in Caherdavin, and his funeral on a glorious Wednesday afternoon – a perfect day for gardening.

His neighbours formed a guard of honour, as the coffin headed for burial. The Casey family play a big part in the community in Caherdavin, and Mary has been working with the local Credit Union for many years.