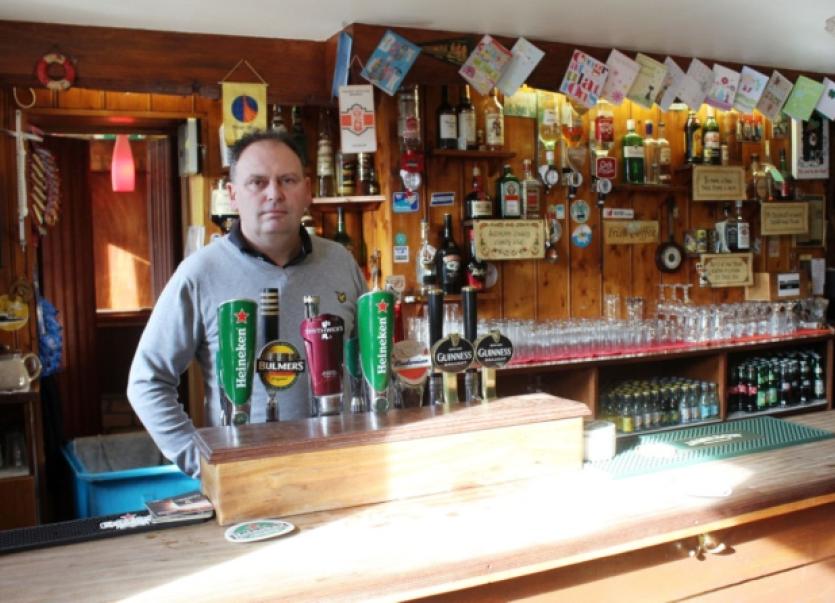 He was a card-playing regular for 30 years but now Liam Rothwell finds himself on the other side of the bar after becoming the owner of his local pub.

He was a card-playing regular for 30 years but now Liam Rothwell finds himself on the other side of the bar after becoming the owner of his local pub.

Shortly before Christmas, Liam and his wife Jo bought the landmark Foynes Inn, previously owned by the Hanlon family. He is one of several new pub owners who are looking to the future with a growing sense of confidence.

In the past two months alone, at least four well-known Limerick pubs have changed hands and local auctioneers say there is a level of interest in the business that hasn’t been seen since the late 1990s.

The Foynes Inn was one of three pubs sold by auctioneer Tom Crosse of GVM in the last weeks of 2014. The others were Neville’s Cross Inn in Kilfinny and Millers Bar in Oola. According to Mr Crosse, the value of these combined sales was over €1m,

“There had been no activity in the licenced trade for a couple of years and I think maybe people are anticipating that the price ceilings they are bringing in might encourage people back into the pubs and deter home drinking,” said Mr Crosse.

Liam Rothwell was one of a number of bidders for the Foynes Inn. Although he had no background in the pub/restaurant trade, he has operated his own successful business – Welding Inspection Services (WIS) – for the past 30 years and believes that it is a good time to get into the pub trade.

“I felt from a business point of view that the country is turning. I always felt that this place had great potential – it is a fantastic premises, there is great character to it,” explained Liam.

“I think the social side of it is picking up again. People are more confident about spending money and there is certainly a market in a village like this for a good pub/restaurant that caters for families too.”

With a bar, restaurant and six bedrooms, the Foynes Inn is well placed to cater for changing tastes and trends.

“The idea for the place is instead of it being a bar-restaurant, it will be more of a restaurant-bar and create a place for local people and passing trade where they can come in and get a bite to eat and enjoy the nice atmosphere,” he explained.

Martin O’Dea, who has run De Bucket in Kildimo for the past 22 years, has also noticed a marked pick-up. “What we are feeling is that since the start of last summer there seems to be a genuine comeback to pubs, especially from an events point of view. The majority of parties are coming back to pubs where they weren’t a few years ago,” Mr O’Dea said.

“The post office is gone in many rural areas, the creamery is gone, some pubs have gone but in general the pub will survive, maybe with a different identity. Indeed, in some cases it is becoming even more important as a kind of hub for the community,” Mr O’Dea added.