Jeep ploughs into the home of Limerick pensioner 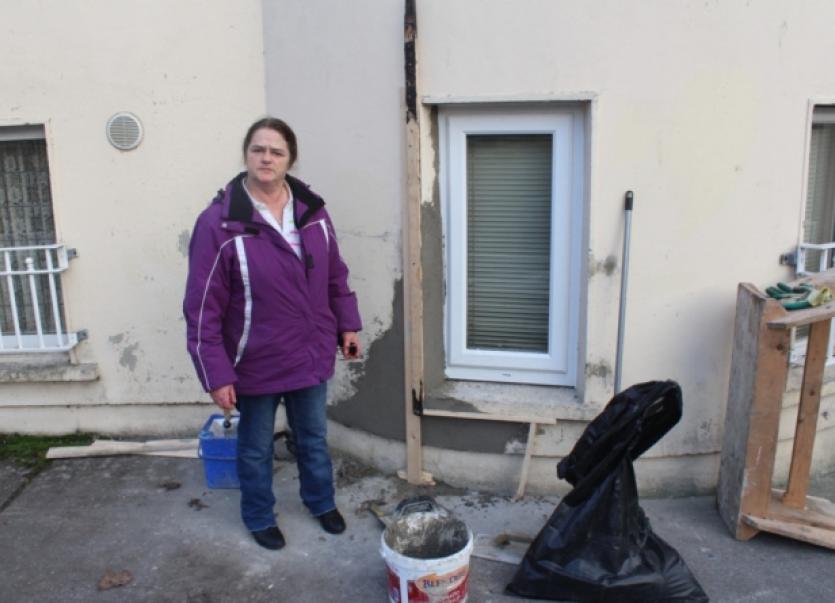 A NORTHSIDE pensioner is living in fear of her life after a motorist in a jeep ploughed into the side of her house.

A NORTHSIDE pensioner is living in fear of her life after a motorist in a jeep ploughed into the side of her house.

Vera Mason arrived back at her home in Hassett’s Villas late last Tuesday to find her windows smashed after the accident.

Although council staff were on the scene the next day to repair the damage, Vera - who lives on her own at the basement flat - says she is “deadly scared and totally devastated”.

Neighbours described the bang as being like two gunshots going off.

Vera, whose house was also flooded when the nearby River Shannon burst its banks, was out babysitting her daughter’s children when the incident occurred at 11.30pm on Tuesday night.

Fortunately she was not in the house. But due to the internal damage, she had to move the majority of her possessions out of the kitchen into her bedroom.

A sofa is the only item which has survived.

“I could have been killed,” Vera said holding back tears, “When I came back, I did not have a clue what the situation was. It was only when I opened the door, I saw it. I don’t feel safe in my own home. It has made me very nervous of being here.”

Vera’s neighbour, Christopher Daly said his nine-year-old son was petrified when he heard the crash.

“I thought a bomb or gunshots outside. I was shaken and distraught.

“My little child was crying, he is only nine years old. He was begging me not to go out,” Christopher told the Limerick Leader.

Another neighbour, a businessman, said it was like “gunshots” had gone off in the area.

Gardai were on the scene within an hour of the smash, and the vehicle was removed, while council staff replaced her windows the next day.