Family hope unborn child’s death will be a ‘game-changer’ 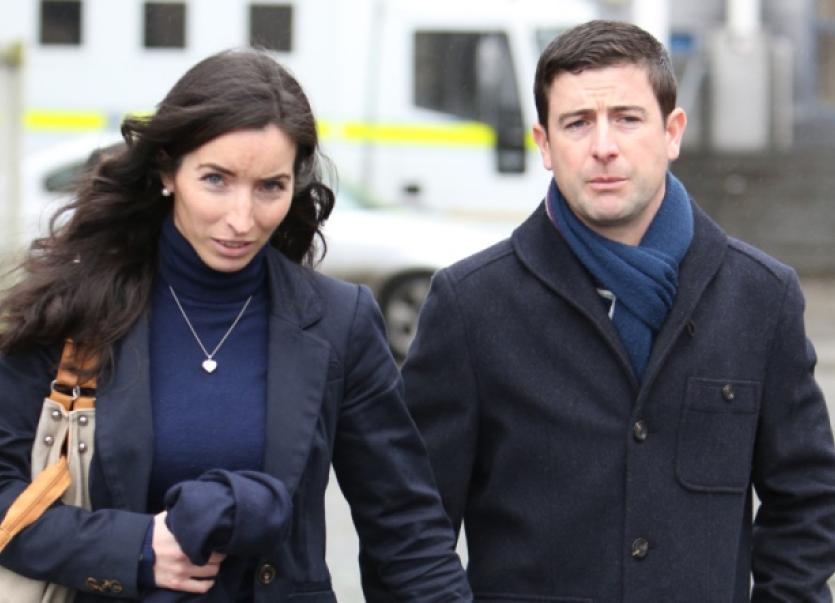 A WOMAN whose baby day died a day after she was told there was no concerns for her pregnancy at the Midland Regional Hospital hopes the death of her daughter will be a game changer in making maternity services across the country safer.

A WOMAN whose baby day died a day after she was told there was no concerns for her pregnancy at the Midland Regional Hospital hopes the death of her daughter will be a game changer in making maternity services across the country safer.

Amy Delahunt, from Borrisoleigh, Co Tipperary, heard repeatedly from expert witnesses at the two day inquest into her daughter’s death how her baby, Mary Kate Kelly, would have been born alive had she been delivered when her mother presented at the hospital with concerns over reduced foetal movement.

The inquest in Limerick Coroner’s Court heard that a number of significant decelerations on the foetal heart trace were missed and Ms Delahunt, who was 34 weeks pregnant, was discharged only to discover at the Limerick Maternity Hospital the next day that her baby was dead. Mary Kate was delivered several days later on May 28th 2013.

Her parents only discovered last January that there were four other baby deaths similar to hers at Portlaoise when she watched an RTÉ Prime Time programme.

In an addendum to his original deposition, Dr Chuck Ugezu, the registrar who saw Ms Delahunt in Portlaoise on May 21st 2013, admitted he ought to have insisted she be kept in for further observation and steroid treatment.

Consultant Obstetrician Miriam Doyle also agreed under cross examination that had Mary Kate been delivered then she would have been born alive, although it was uncertain how healthy.

Speaking after the inquest Ms Delahunt said the jury’s verdict of of medical misadventure acknowledged the fact that but for errors her little girl “would be here with us today”.

“All we can hope for now is that her little life will be a game changer in making all maternity services in the country safe”.

At the opening of the two day inquest, the difficulty of the painful task ahead was realised when Amy Delahunt asked to circulate a photo of her daughter “to show why we are all here”.

She explained in evidence how after years of wishing for a family she finally conceived with the help of IVF and she and her partner Ollie Kelly, shared their joyful news with their families on Christmas Day 2012.

“There’s no Santa Claus coming to our house this year sadly, but today because of the verdict and because the inquest is finished we can have some closure. We know that the truth is out there, “ said Ms Delahunt.

When asked how difficult it was to hear medical experts confirm their baby would have been born alive had doctors acted on the CTG trace which showed foetal heart rate concerns Mr Kelly said:

“It makes it so much harder, it compounds the pain of knowing we were so close to having the family that we were always striving to get.”

The couple described the treatment they received from the HSE over the past 17 months as “appalling” and also spoke of their devastation at learning that four other babies had died at the same hospital.

The parents of one of those babies, Roisin and Mark Molloy whose son Mark Molloy died at Portlaoise Hospital in January 2012 - and whose death also featured in the Prime Time report - were among those supporting Mary Kate’s friends at the inquest.

“All we wanted to know was that failures had been recognised and recommendations had been put in place and it would never happen again. But only for Prime Time and Roisin and Mark Molloy we would not know the truth. And we have had to go down the legal route and the trauma of going through an inquest to get the truth from all concerned,” said Ms Delahunt

Her partner Ollie Kelly said the HSE had months and years to learn from lessons of the other tragic deaths, but the death of their little girl proved the service was inadequate and hadn’t learned from any of the previous recommendations.

“Openness and honestly is what is deserved of for patients. they are entitled to it. It’s our lives. It would make it just so much easier for us to grieve and to get over it. If mistakes were made and we knew from the beginning, obviously the lessons would have to be learned, but they haven’t been learned there were four other babies before us,” said Mr Kelly.

“They had months and years to learn from lessons and they implemented none of them. It just proves that the services are inadequate to learn from these processes and put decent processes in place. The recommendations have been made time and time again but to no prevail.”

Mr Kelly said he and his partner have to believe that the eleven recommendations put forward by the jury at their daughter’s inquest might change the health care service.

“Our little girl’s death has to mean something, it has to make a difference that no-one else goes through what we have had to go through for the last 17 months to get to this today. The nation has had enough.”