Limerick woman decided to leave hospital as she ‘had enough’ 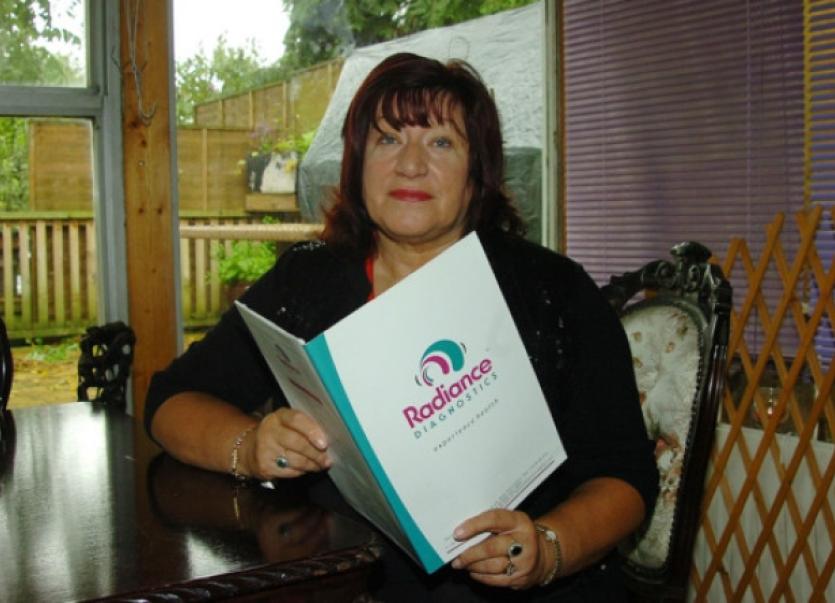 IN OCTOBER the Leader carried a front-page story on Mike Condon, who said the last two years of his life have been hell due to the “botched” health care he received in County Limerick.

IN OCTOBER the Leader carried a front-page story on Mike Condon, who said the last two years of his life have been hell due to the “botched” health care he received in County Limerick.

The 73-year-old Pallasgreen man underwent a routine hip operation in Croom Orthopaedic Hospital in February 2013. He subsequently spent a total of 247 days in University Hospital Limerick (UHL) over the next year. Mike had four hip replacement operations and three times it had to put back in after he contracted MRSA.

He has MRSA; lost 25 per cent of the use of his kidneys; has to use crutches and take antibiotics and painkillers every day.

Through all the time Mike was in and out of hospital his wife Joan was by his side. Now, due to an accident, she too had to be taken to UHL but she decided to go home as she “had enough” due to the treatment she received.

At 9.30am on a Sunday at the end of October Mike and Joan were looking forward to a well-deserved holiday in Ibiza to visit one of their children.

Joan went upstairs to get a suitcase but stood in the wrong place of the attic that is being turned into a room and came through the ceiling. She landed on her lower back after a nine foot fall.

“My daughter came and we rang the ambulance who were very quick in coming. They were excellent. They had a stretcher with a kind of blow up mattress so you didn’t feel all the bumps,” said Joan.

While she has nothing but praise for the treatment she received from the ambulance crew she said her care began to go downhill once she arrived in accident and emergency.

“It was around 10.30am and packed as usual. They had me in one spot but then they had to move me because they had to resuscitate someone. I was put into a corner on the trolley but I was lucky I had the mattress as I was very sore. The nurse did her job and that was all the medical attention I got for the rest of the day.

“I never saw a doctor, only an intern. Alongside me was a young woman from Clare, who had chest pains, with her mother. They had been there for hours. She was originally taken to Ennis but they couldn’t x-ray her there so they had to bring her to Limerick,” said Joan.

At about 4pm a person came around with tea and sandwiches but they couldn’t give Joan any because a doctor hadn’t examined her.

“I started giving out, saying why wasn’t somebody attending to me and I was told they had a lot of children and resuications but shouldn’t there be special intake places for cardiac patients and children?

“Before I wouldn’t have spoken out, but because of my experience with Mike after a certain length of time enough was enough and I wanted medical attention. I think it is awful you have to start annoying people basically. I had to say it to the woman with her daughter, that you have to make a nuisance of yourself,” said Joan.

At 7pm an intern took her to a room. “She didn’t think anything was broken but she would have to talk to the registrar. She spoke to the registrar and he said I should be x-rayed.

“I never actually saw him,” said Joan. She was x-rayed almost immediately and the radiologist told her to tell the intern they are up on the computer now. But when she returned the registrar had finished for the day

“I was told I would have to wait until the next lot come on as there is nobody hear to read them and the registrar would read them. The registrar came on at 8pm and they took off on their rounds. The intern said he would be back. At 8.30/8.45pm I had enough. I said I would talk to my own doctor about the x-ray.

“The minute I went in everything was examined. I was told exactly what was going to happen. You got care and attention the minute you went in and there was a continuity of care.

“In Limerick there didn’t seem to be any urgency to see how bad it was. Thank God it wasn’t, but there could have been repercussions as nobody knew how bad it was,” said Joan.

The Condons hope to return to India in 2015 where Mike hands out sports tops he collects and receives from Kit Aid. He is currently collecting money to help pay for the shipping. Donations are welcome.