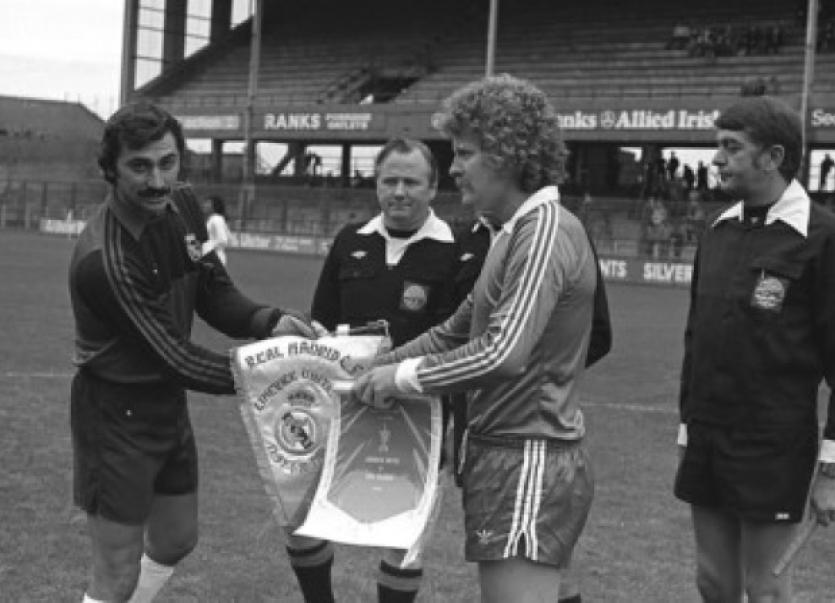 He won the league in 1980 and the cup in 1971 and 1982 and captained Limerick against Real Madrid in the European Cup at Lansdowne Road and in the Bernabeu stadium.

He was known as one of the best defenders in the League of Ireland over a 20 year period.

Those games were a long way from Caledonian Park and Shelbourne Park when he first played with Reds United. The arrival of Eoin Hand in Limerick turned senior soccer on its head and brought long awaited success.

For years Joe played alongside Al Finucane, and they were the most recognisable centre back pairing in the League of Ireland.

As a youths international he narrowly missed out on a full international cap. He was on the bench for the World Cup qualifier against Czechoslovakia in Prague in 1969.

Outside football Joe was a quiet man, who had time to talk to everyone.

Former Limerick Leader Sports editor Cormac Liddy said he had no doubt but if O’Mahony had played with a certain Dublin club he would have won a few Irish caps.

“Modest and quiet spoken Joe, when in the mood could spend hours talking soccer in a small group but he disliked public events,” said Cormac.

“He always had to be forced to reflect on a career which saw him help Limerick to achieve their two FAI Cup successes and a league title. Joe was modest and a true gentleman,” he added.

His remains will be reposing at Griffin’s funeral Home, John’s Gate on Thursday from 4.30pm. Removal at 6.30pm to Our Lady of Lourdes Church. Funeral on Friday after 12 noon Mass to Castlemungret. Cemetery.