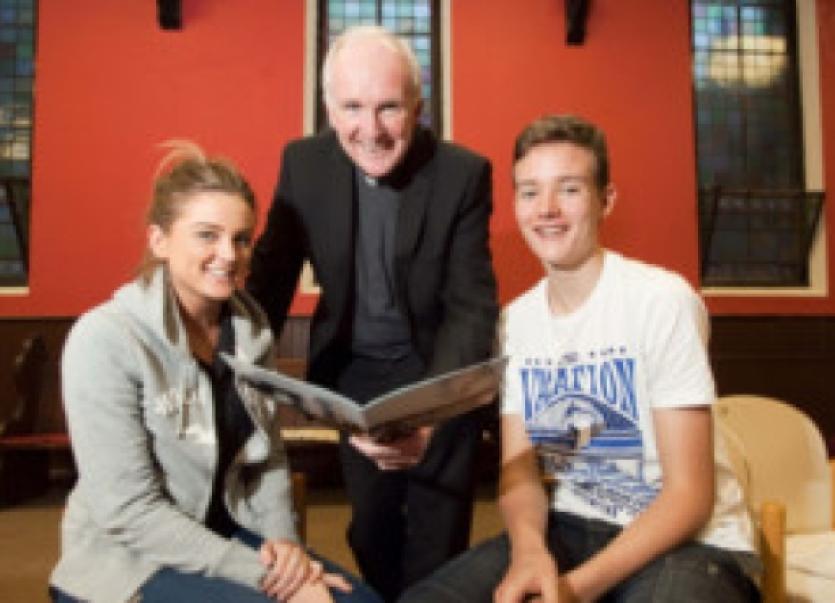 THE first Synod to take place in the Limerick Diocese for over 70 years will be a meaningful one that will seek a “pathway” forward for the Church in Limerick.

THE first Synod to take place in the Limerick Diocese for over 70 years will be a meaningful one that will seek a “pathway” forward for the Church in Limerick.

The council of the church was announced by Bishop Brendan Leahy at a mass in St Joseph’s Hall this week and he declared that it would seek to “identify the issues” facing the Diocese when it takes place in early 2016, with an 18 month ‘period of reflection’ to determine the topics for discussion.

“Between the launching of the Synod and the 2016 gathering there will be a vast process of reflection and sharing, catechesis and prayer, out of which we will identify the issues that will be discussed at the Synod. I hope that as many as possible throughout the Diocese will be involved,” explained Bishop Leahy.

“For the Synod to be the journey it needs to be, we must all travel together. Everyone has an opinion worth listening to and we must listen before we can learn.

“If the Synod were only to be a meeting of a few days in Spring 2016, it would be a waste of time. The risk would be that it would only produce a report gathering dust on the shelf. The Synod will have to mark a real step forward for our Diocese, indicating a realistic pathway of genuine renewal for all of us who feel faith is important.”

The calling of the Synod is more than symbolic for a Bishop who has now firmly established himself in Limerick since his appointment in 2013. The challenges facing the Church are clear, with just eight priests in Limerick under 45 years of age. Without vocations that number will reduce to zero in 20 years.

Likewise, there are just 112 priests in the Limerick Diocese under 85 and in 20 years, estimates suggest that figure will reduce to just 56.

“It is very clear that a plan will emerge from the Synod, but you cannot pre-empt that,” explained a spokesman for the Diocese.

“The first step will be to discern the issues that need to be discussed and that will happen over an 18 month period.

“That time is necessary for proper and thorough reflection to make sure that at this key event, the very things that need to be discussed to set a pathway forward for the diocese will be discussed and find a pathway that will be in the very best interests of the Diocese.”

Between now and the official launch of the Synod on December 7, a delegation of 400 people will be identified to take part, with representatives from across all sectors of the community and a strong emphasis on youth to take part in the three day think tank in 2016.