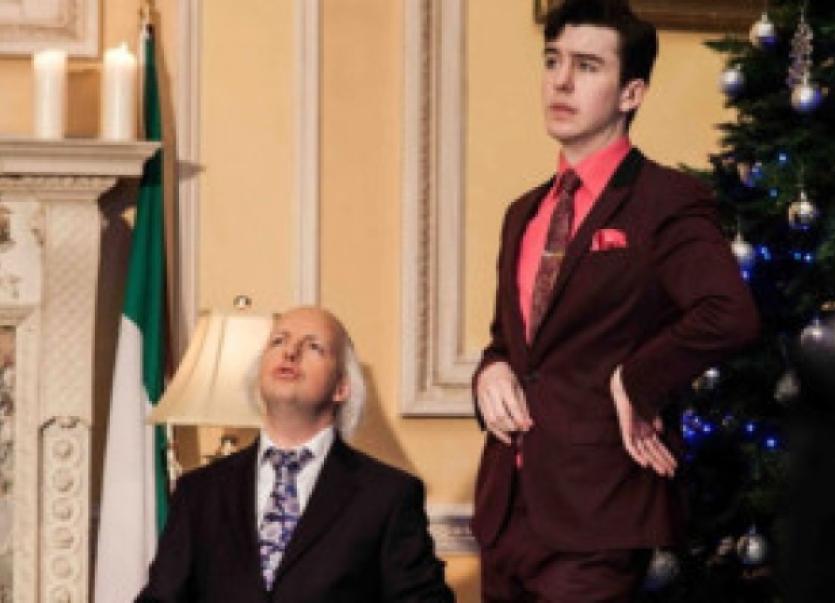 The satirist and impressionist performed at the ceremony in Killarney before Christmas. The Leader was contacted by a member of the public deeply unhappy about his portrayal of female Gaelic footballers at the event to celebrate the male and female stars of Munster GAA.

They said a ‘joke’ concerning lesbians caused a walk-out with one saying: “We don’t have to take this...”

Mr Quill confirmed there was an incident. When asked exactly what Mr Callan had told the crowd, Mr Quill said: ”He said the [LGFA] was the largest lesbian association in Europe, words to that effect.”

Mr Callan was unavailable for comment at the time of going to press.

“I know he was trying to be funny but I must say, to be fair, it was met with stony silence. People couldn’t believe that he would come up with such a thing.

“It wasn’t appropriate, he was trying to be funny, to be perfectly honest with you people were just stunned. It certainly backfired,” said Mr Quill.

While the president of the LGFA didn’t wish to go into too much detail he said they would be following the matter up.

“I’ll put it this way - would he say the same thing about any of the men’s associations? asked Mr Quill, who added that a number of people did walk out of the room in the Malton Hotel, Killarney when the event was held last month.

“It was in poor taste. There was no need for it. We don’t differentiate in the sexual orientation.

“It was somebody trying to be funny and people were stunned to be honest,” said Mr Quill.

The Munster GAA awards happened a week after Mr Callan hit the headlines over his comedy sketches of President Michael D Higgins and his executive assistant Kevin McCarthy.

The Monaghan man is a hugely successful comedian on stage, on radio and television.

In 2011, he defended himself against accusations of homophobia by revealing that in fact he is gay himself.

On The Saturday Night Show he said that he had been bemused by some people implying that his caricaturing of Paul Galvin and others, including David Norris and Louis Walsh, meant that he was some kind of hate-filled homophobe.