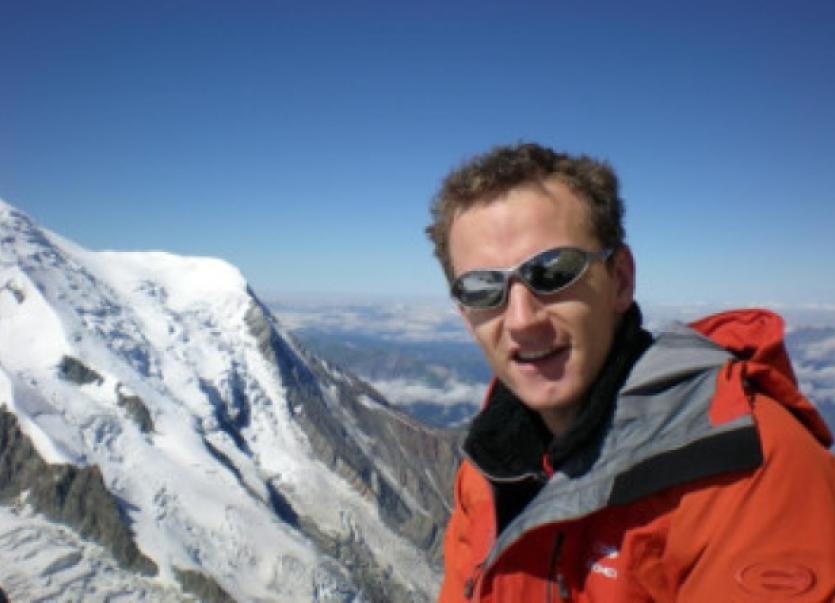 THE father of a Limerick man who died in an avalanche in the Swiss Alps says his family are “overwhelmed” by the support shown by the public since their devastating loss.

THE father of a Limerick man who died in an avalanche in the Swiss Alps says his family are “overwhelmed” by the support shown by the public since their devastating loss.

Michael Clifford, 32, who was originally from Ballyagran was laid to rest at Colmanswell cemetery last Friday following his funeral Mass in Cork. “We greatly appreciate the support and prayers. We are quite overwhelmed by what people are doing for us,” said Michael’s father David this Wednesday.

Michael lived in Raheen for the first nine years of his life and attended Mungret NS. The family then moved to Ballyagran and he attended the national school there before going on to the Christian Brothers secondary school in Charleville. He graduated with a Masters in Statistics from UCC. In recent years, Michael was living in the Zurich area where he had been working with the world-renowned Partners Group. He died when an avalanche struck central Switzerland.

“He went out on Christmas Eve - he had been up there for a few days,” David explained. “He went out in the afternoon, he had been working in the morning - the weather was good. He was reported missing on St Stephen’s night.”

Michael’s brother, William, travelled home from New Zealand after hearing the news while another brother, David, travelled from Australia.

According to David snr, who resides in Wilton, Cork, Michael loved the great outdoors, “be it farming with neighbours as a child, rock climbing in the Burren, skiing, climbing mountains all over the world and more recently sailing”.

David extended thanks to his brother John who travelled with him to Switzerland and to the extended Clifford and Desmond families for their support.

Thanks were also extended to the communities of Raheen, Ballyagran, Wilton and Horgen [Switzerland], the UCC Mountaineering Club, the Department of Foreign Affairs for their consular assistance, Fr Tom Clancy for his care and love, Fr Tom McDermott for his prayers at the cemetery and to Tom, Mary and Sheila Carroll of Rossbane, Ballyagran, “whose farm was the source of many adventures for Mike as a child and who arranged for the opening of the grave”.

Mr Cilfford is survived by his parents David and Patricia, brothers William, Patrick and David, and sister Eleanor.