Mass to mark 300th anniversary of departure of friars from Askeaton 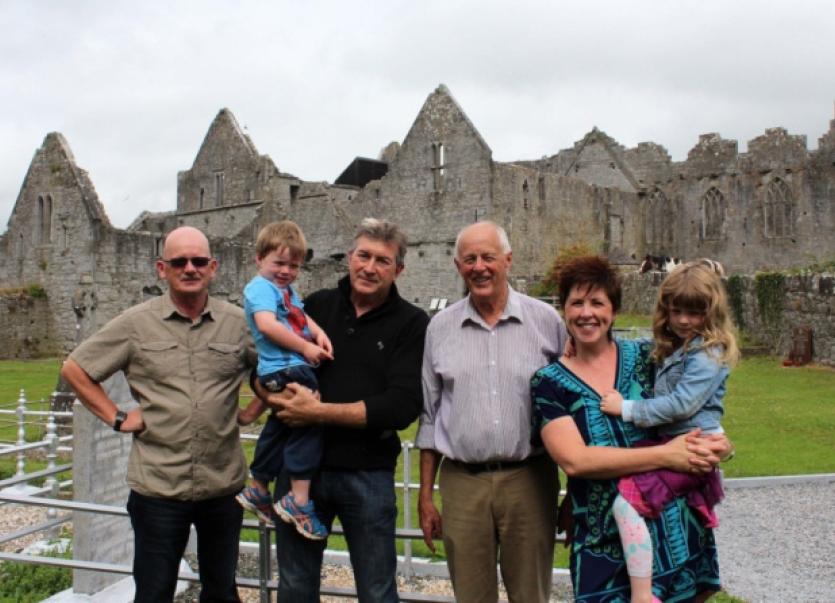 A Mass to mark the 300th anniversary of the Franciscan friars leaving Askeaton will be held next month in the town’s historic friary.

A Mass to mark the 300th anniversary of the Franciscan friars leaving Askeaton will be held next month in the town’s historic friary.

Organised by a project committee made up of members of the Askeaton Ballysteen community council, under the chairmanship of Anthony Sheehy, the event will take place on Sunday, August 24.

Mass will be celebrated by Fr Liam Kelly of the Ennis Franciscan community and an invitation has been extended to all the priests of the Limerick diocese as well as representatives of other denominations to attend and take part in the ceremony.

The local choir, under the direction if Eilish Cassidy, will be singing at the Mass and afterwards there will be refreshments in the community hall.

Local historian and tour guide Anthony Sheehy said they expect a big turnout on the day.

“There is an open invitation to everyone to attend. We are hoping that a lot of the priest of the diocese will come to concelebrate the Mass and there are a number of priests coming from overseas too,” Mr Sheehy said.

“There has been great assistance given by the project committee. Fr Sean [O’Longaigh, local parish priest] has also been very helpful,” he added.

Mr Sheehy also thanked members of the local Community Employment scheme under the supervision of Michael McCarthy who are helping out with the preparations.

A special brochure has been printed to mark the occasion and all attendees will receive a copy. It outlines the history of the friary as well as pointing out the various points of interest in the building.

The friary was founded in 1389 by Gerald, Gearoid Iarla, third Earl of Desmond – also known as Gerald the Poet. It was completed in 1420 under the reign of his son James, seventh Earl of Desmond. The building contains a wealth of historic features, including statues of St Francis and St Patrick, the original Cloisters, the Chapter room and the church and sacristy.

The friary was also the burial place of the Desmonds.

The Franciscans left the friary in 1579 during the Desmond rebellion, during which the friary, the town itself and the crops in the fields were burned by English forces under Sir Nicholas Malby, Governor of Connaught. A number of friars were also murdered by Malby’s men.

Also among those who were killed during that period were Franciscans Bishop Patrick O’Hely and Fr Conn O’Rourke who were hanged for refusing to take the Oath of Supremacy to Queen Elizabeth and renounce the Catholic religion. They had been visiting the Earl of Desmond in his castle in Askeaton but were seized by the authorities and taken to Kilmallock for trial. On August 13, both men were tortured and put to death.

They were later beatified by the Vatican in 1992 and their remains now lie in the friary’s Chapter room.

Following the successes of the Irish Confederate forces in 1642, some of the friars returned and, it is believed, rebuilt part of the friary. Guardians were appointed over this community for the next 70 years, the last being Francis Hickey who was appointed in 1714. Since then, no monks have resided at the friary. The chalice that will be used in the anniversary ceremony next month will be the Purcell Chalice, which was made in 1719 to mark the death of Fr Patrick Purcell, one of those guardians.

For those interested in learning more about the history of Askeaton, Anthony Sheehy will be conducting a guided tour of the friary the following Sunday, August 31, leaving at 3pm from the tourist information point in the town centre.