Fireman hit by rocks as they put out blaze in Limerick 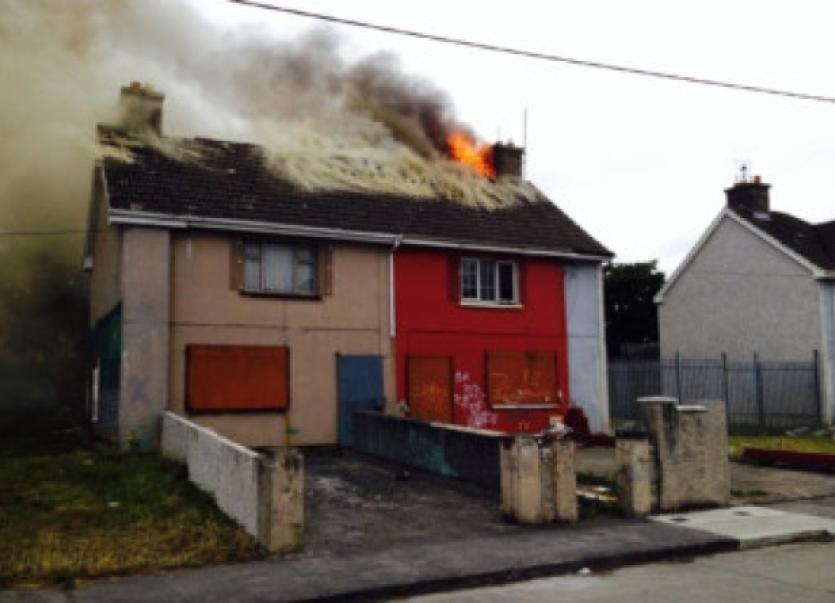 VOLUNTEER firemen called to tackle a blaze were attacked and had the windscreen of their engine smashed amid ugly scenes in Limerick city.

VOLUNTEER firemen called to tackle a blaze were attacked and had the windscreen of their engine smashed amid ugly scenes in Limerick city.

Emergency staff called in from Cappamore to deal with a fire at a derelict house in Weston were pelted with stones by local thugs – some as young as 10 – angry at the impounding of horses.

In what has been described as “an act of terrorism” against the southside community, the window of an elderly couple was also smashed.

And gardai who attended an earlier tyre fire at the Hyde Road-Clarina Avenue junction also allegedly had stones thrown at them, as youths on horseback rode around the estate chanting ‘rats’ at them.

As officers stepped up their patrols of the area, Cllr Maurice Quinlivan said he was threatened by thugs as young as 10 years old.

A spokesperson for the council - which administers the fire service – confirmed one engine was taken off the road after its windscreen was smashed.

There has been widespread condemnation of the violence, which began after three horses were impounded in the early hours of Monday.

Immediately following the seizure, a pile of tyres was set on fire, and was followed later in the day by the suspected arson attack on the house in Clarina Avenue.

Former local election candidate Cathal McCarthy, of the Ballinacurra Weston Residents Alliance, says support for a horse project has waned in light of the incidents.

“These are a minority of people in the area who are committing acts of terrorism against our community. There is no other way of putting it. These actions have to be condemned. They were going around threatening to burn out every boarded up house in Weston last night,” Mr McCarthy said.

He still believes a horse project has to be the way to go for the community, saying: “Prohibition is not working: it needs to be regulated”.

But, he acknowledged: “They (horses) are the culture of a minority. Not everyone in Weston has a horse or wants one. Most want all the horses out of the estate. We have some horse owners, and you wouldn’t even know they are here, because they treat their horses well, and respect the rules of the road.”

Cllr Quinlivan said the attack on the fire brigade is “an absolute disgrace”.

“They are responding to an act of vandalism, and some children think it is okay to fire stones at them: It is simply not good enough,” he said.

But Mr McCarthy says there needs to be an increased garda presence in the estate to rebuild trust with the community.