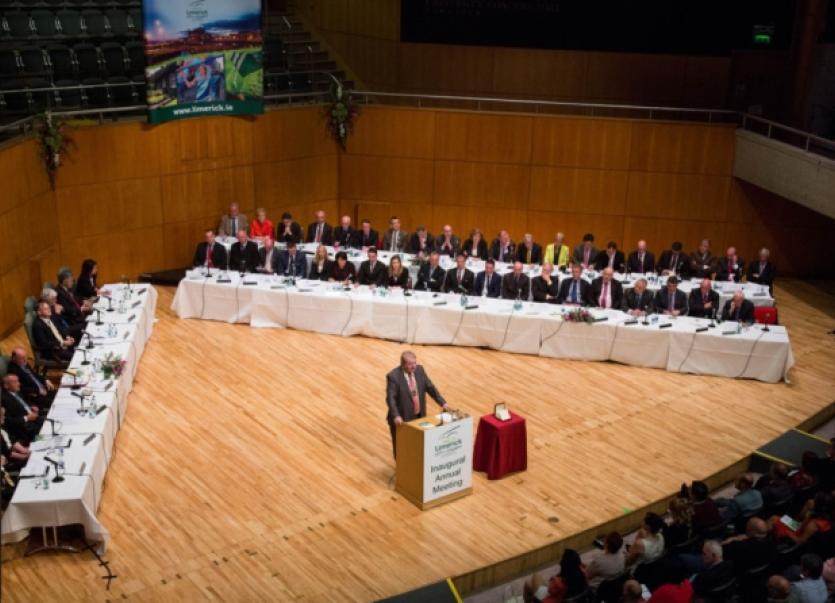 METROPOLITAN area meetings of Limerick City and County Council will take place in the community after a motion was passed this week.

METROPOLITAN area meetings of Limerick City and County Council will take place in the community after a motion was passed this week.

Sinn Fein’s urban councillors Maurice Quinlivan, Séighin Ó Ceallaigh and Malachy McCreesh, suggested that at least once a year, council meetings should take place away from the confines of City Hall.

“As a newly constituted local authority, we should demonstrate the importance of the community voice, and of an open and transparent decision making process,” the motion read.

Cllr Quinlivan said: “There is hardly ever anyone in attendance at our meetings. On the occasional times there are people there, I would go over and talk to them, and they would be journalism students of UL.”

The northside councillor pointed out how in 2012, a civic reception was held in the Southill Area Centre, the first time an event like this happened outside the council chamber.

This, he said, has set a precedent the council can follow.

Fianna Fail councillor James Collins said: “If we do a tour, Raheen Dooradoyle and Mungret need to be added.”

Earlier in the meeting, calls were made for area meetings to cover the three electoral areas of the city, and a loose agreement was made these would be arranged.

Cllr Collins suggested these could be held in community centres - a move backed by Cllr Daniel Butler.

“It would be no harm to have a meeting in UL to enhance our relationship with the university,” Cllr Collins added.

City East councillor Shane Clifford said holding meetings in the community would draw attention to the fact many areas do not have suitable spaces.

“In Annacotty, for example, we are very reliant on other organisations to give up some of their space,” he said.

Independent councillor John Gilligan was more sceptical, saying: “It looks good, but I do not think it will work.”

He suggested meetings instead by held at 7.30pm on a Monday night, as opposed to the morning sitting of this meeting.

AAA councillor Paul Keller agreed that this week’s meeting had been arranged too early - Monday at 9.15am.

“It would be a worthwhile event, but it may not be convenient for people who have to drop off children, if it is held at this time,” he said.

He suggested rather than just once a year, community meetings be held up to three times “to stir up interest in what we are doing.”

Cllr Michael Hourigan said: “People turn up to meetings when there are big issues. Nobody turns up to 85% of meetings.”

But he said if items on the agenda could be tailored to a particular location, it would generate interest, for example, the Mungret College development. The motion was passed.