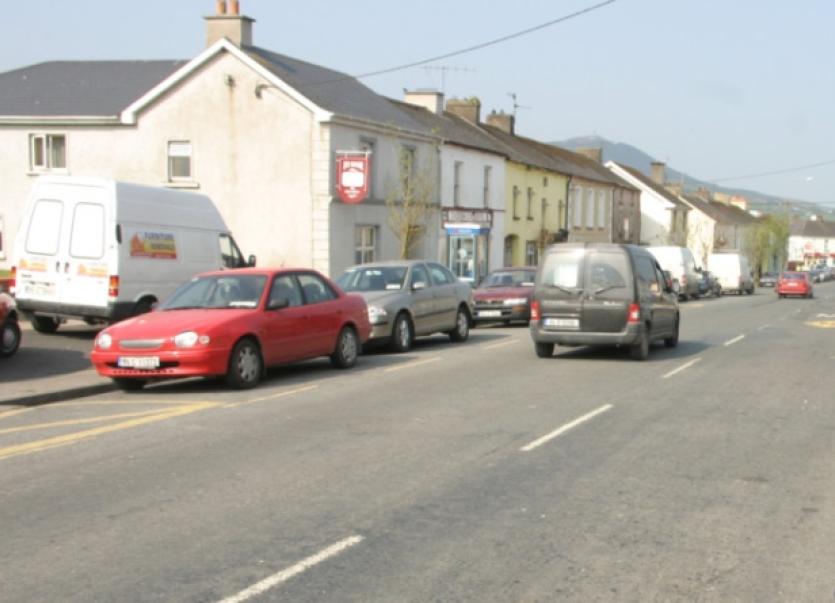 AN average of 192 vehicles pass through Ballylanders on an hourly basis according to a survey carried out by locals who are calling for better traffic calming measures in the village.

AN average of 192 vehicles pass through Ballylanders on an hourly basis according to a survey carried out by locals who are calling for better traffic calming measures in the village.

The community members who gave a presentation at a meeting of the Cappamore-Kilmallock municipal district raised concerns about the safety of members of their community using the roads and footpaths, particularly children and the elderly.

Juliette McSweeney who gave the presentation pointed out that since the Aldi distribution centre opened in Mitchelstown the volume of traffic has “increased significantly” particularly the volume of articulated trucks.

While Ms McSweeney said the presence of the centre was beneficial to the area, “it does create an issue in relation to traffic”.

In relation to the issue of the speed of vehicles passing through the village, Ms McSweeney said she has been sitting in the car waiting for her children to come out of school “and the car would shake” when another vehicle passes by.

“We do wonder how many people travelling through are observing the 50km/hour speed limit,” she said.

The survey of traffic which was carried out by David Noonan on June 13 last - when the school children were on holidays - showed that 1922 vehicles passed through the village on that day.

In relation to the footpath approaching the village park, Ms McSweeney pointed out that it is 1.1 metre wide, is not wide enough for two to walk abreast and is causing difficulty for people pushing prams, buggies or wheelchairs.

In relation to school signage, Miss McSweeney pointed out that while there are two signs indicating children are crossing, the amber lights on the signs do not function. There were also concerns raised in relation to traffic and parking around the monument.

“When preparing for this presentation we spoke with the management in the residential home on the Kilfinane Road. Their concerns were in relation to footpaths, the monument, access to the GP and the zebra crossing,” said Ms McSweeney.

“One pedestrian crossing in the village is totally inadequate for those with limited mobility because to access the opposite side of the main street from the care home, a distance of approximately .5km has to be walked just to reach the zebra crossing.”

There were also concerns raised that there will be an increase in traffic through the village after motorists went to Cork via the village when the annual Caherimee festival was on in Buttevant.

“A lot of them truckers are going to think it’s a lot shorter to go from Limerick to Cork via Ballylanders than via Charleville so you are going to get extra traffic on the road,” commented David Noonan.

Roads engineer Sean Nash said he was in the village during the week “and for the short time I was there, the traffic certainly wasn’t slow traffic”. He said regarding the works listed, some were costly and “they wouldn’t be in our budget for this year”.

Mr Nash said they should be included in a report to the Department of Transport to see if funding can be secured.

A three-day traffic count is going to be carried out in the village which will also detect the speed of the traffic.