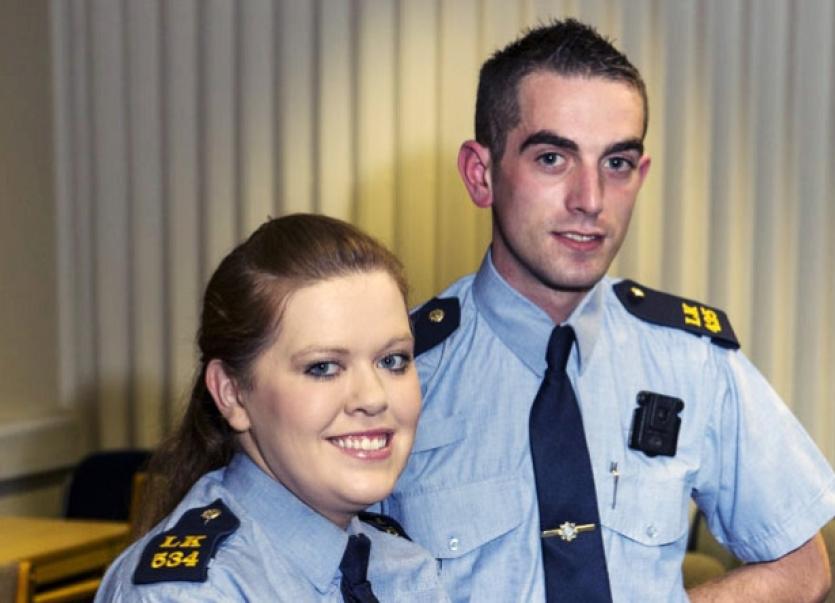 THE quick response of two Limerick gardai helped save the life of a newborn baby who turned blue as he was experiencing breathing difficulties.

THE quick response of two Limerick gardai helped save the life of a newborn baby who turned blue as he was experiencing breathing difficulties.

Garda Paul Baynham (24) and Garda Niamh Kennelly (28), who are both attached to Mayorstone garda station, were on duty a week ago when they responded to an emergency call of a baby having turned blue in the back of its parent’s car.

The 17-day-old infant was being brought to University Hospital Limerick at the time after he became unwell at his home in Ennis.

Garda Baynham and Garda Kennelly met the parents near the Portdrine exit on the N18 before bringing the baby to hospital.

“The child was in the back of the car and was restrained in the car seat and when I went to the car, I could see the parents were hysterical,” said Garda Bayham, who is a qualified Emergency Medical Technician (EMT).

“The child’s head was kind of slouched down so I took the car seat out of their car and brought it over into the back of the patrol car and Niamh was speaking with the mother,” he added.

Garda Baynham then placed the child on his lap to open his airway as they drove to the hospital in Limerick.

“Once I had the seat in our car I took the baby out and laid him out on my lap and as soon as he was laid out on the lap it was as if his airway opened and the colour did come back and he started crying and he became responsive in the back of the patrol car,” he explained.

However, the infant turned blue again as the patrol car emerged from the Limerick tunnel at which time a rescuss team was alerted at University Hospital Limerick.

On arrival at the hospital, the baby was handed over to doctors by the two gardai. The child was subsequently admitted to the hospital and is said to be doing well.

Supt Dan Keane of Henry Street garda station praised the actions of Garda Baynham and Garda Kennelly saying he had “no doubt their quick response helped save the baby’s life”.

However both Garda Baynham and Garda Kennelly, who have both been stationed at Mayorstone garda station since joining the force, say anyone in their position would have done exactly the same.

“Out of all the calls you go to in any one day you could be shouted at and roared at but then that one call then puts them all in perspective for you,” said Garda Baynham who is he only garda in the Limerick division with a full EMT qualification.