Appeal for more young people to get involved in Limerick Show 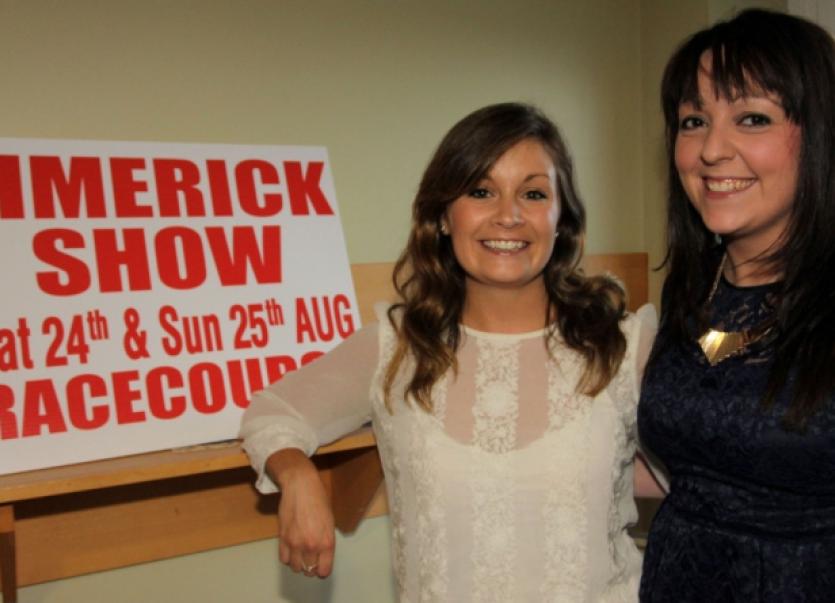 AS ALL the Limerick Show committees and volunteers are busy organising a fantastic event thoughts turned to those who would have been in the thick of it.

AS ALL the Limerick Show committees and volunteers are busy organising a fantastic event thoughts turned to those who would have been in the thick of it.

At the launch of the show, Leo Walsh, chairman, paid tribute to two men and two women who have gone to their God.

“These were people who carried Limerick Show,” said Cllr Walsh.

And while all ages will be enjoying the wide assortment of attractions at Limerick Racecourse on Saturday and Sunday, August 24 and August 25, he appealed for more young people to get involved.

As Cllr Walsh surveyed the big crowd at the launch, he said Limerick Show is going from strength to strength and they want to continue that growth.

“We need young blood to follow in the footsteps of the fantastic people that we have lost.

“This is the year of the Gathering and the Limerick Show is a Gathering of its own,” said Cllr Walsh, who added that Limerick Show brings people together on the two days and in the run-up.

Farmers bring their cattle from as far away as Donegal and the top riders in the country will take part in the Show Jumping Grand Prix and a variety of classes for all ages.

The best cattle, horses, sheep and goats in the country are a given but he says there is a lot more than equines and bovines.

They have seen a noticeable increase in the entries and popularity of the horticulture and arts and crafts sections.

New this year is a mobile digital planetarium and sheepdog display that will incorporate ducks!

This incorporates the famous Limerick Lady and Matron championships together with two stallion parades and new potential sport horse classes for three and four-year-old traditional breeds. There is also the two-year-old Filly Irish Draught final.

Cllr Walsh said if men, women and children haven’t been to Limerick Show before, then they should definitely make their way to Patrickswell on August 24 and 25.

“If they come once they will come back again,” he said.

To encourage people from the city to come out they are even putting on free buses leaving Brown Thomas and University Hospital Limerick at noon and 2pm on both days, and returning later that afternoon.

In the current economic climate Cllr Walsh thanked each and every sponsor for their support and is looking forward to massive crowds basking in the glory of two Limerick teams in the All-Ireland Final!