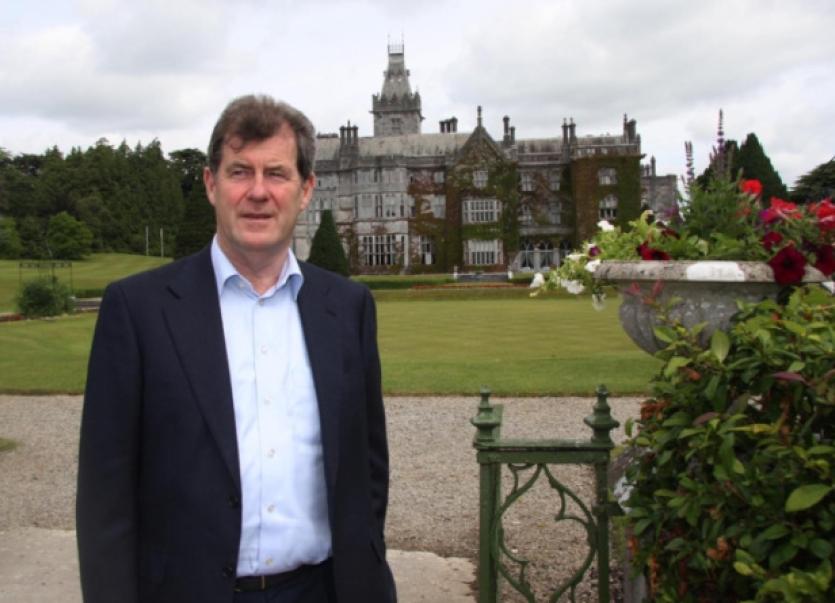 IN what is understood to be the largest single charitable donation in the history of the State, Limerick’s JP McManus has pledged €40m for worthy causes in the Mid-West region.

IN what is understood to be the largest single charitable donation in the history of the State, Limerick’s JP McManus has pledged €40m for worthy causes in the Mid-West region.

Mr McManus is to donate the money in grant funds to “the less fortunate in society” including local communities and non-profit organisations.

Chaired by Mr McManus’s daughter, Sue Ann Foley, a new fund will be operated by a select committee group “working to enhance the quality of life in local communities”.

“We are hoping to support vital community efforts to provide better economic and social futures at grassroots level and upwards,” said Ms Foley, who resides in Croom.

“By setting up this fund, we would like to provide an opportunity to focus on the less fortunate in society and direct funds where they are most needed.”

Much of the work undertaken by these charities and organisations, Ms Foley emphasised, “is done without publicity and attention and their daily needs can easily be overlooked”.

The new fund will be managed as a sole entity, independent of any existing programmes sponsored by Mr McManus.

“I am delighted to be part of this initiative which I hope will give us the opportunity to find out more about the excellent work carried out on the ground by so many local communities and voluntary organisations in the Mid-West,” continued Ms Foley.

“The venture will also be a great challenge and I look forward to working closely with the committee in identifying a diverse range of funding projects to ensure the monies donated will directly benefit as many people as possible.”

News of the substantial donation will be hugely welcomed by local charities particularly as it follows the announcement last January that Mr McManus had decided not to host the star-studded JP McManus Invitational Pro-Am golf event next year. It has raised more than €100 million for worthy local causes since 1987.

The two-day tournament had previously attracted the best golfers in the world to Limerick, including Tiger Woods, and many celebrities including Hollywood stars Michael Douglas, Samuel L Jackson and Hugh Grant.

The last event held in Adare Manor in 2010 raised €43 million for local charities.

CEO of St Joseph’s Foundation in Charleville, Conor Counihan, described the announcement this week that €40m is to be donated to local good causes, as “fantastic news” for the region.

“We are all very familiar with what JP has done over the years in terms of the Pro-Am and other events, and to come again with this contribution in the current economic climate is remarkable,” he said this Wednesday.

“I don’t think JP gets enough appreciation for what he is doing. He has given so many people hope and better services, not just those with special needs but also in terms of creating employment at a time when it is badly needed. A donation of €40m is an incredible amount.”

In an interview with the Leader editor Alan English, in 2012, Mr McManus, who will celebrate his 63rd birthday next week, said he doesn’t intend to die a wealthy man.

“That’s not my ambition in life. But I’d like to have enough to live for the rest of my life,” he commented then.

Other funding/sponsorship initiatives supported by Mr McManus include the JP McManus Charitable Foundation which has donated more than €54m since it was established in 2001; the All-Ireland scholarships; the Jim Kemmy Business School, UL; and JP McManus Scholarships, Sexton Street, Limerick.