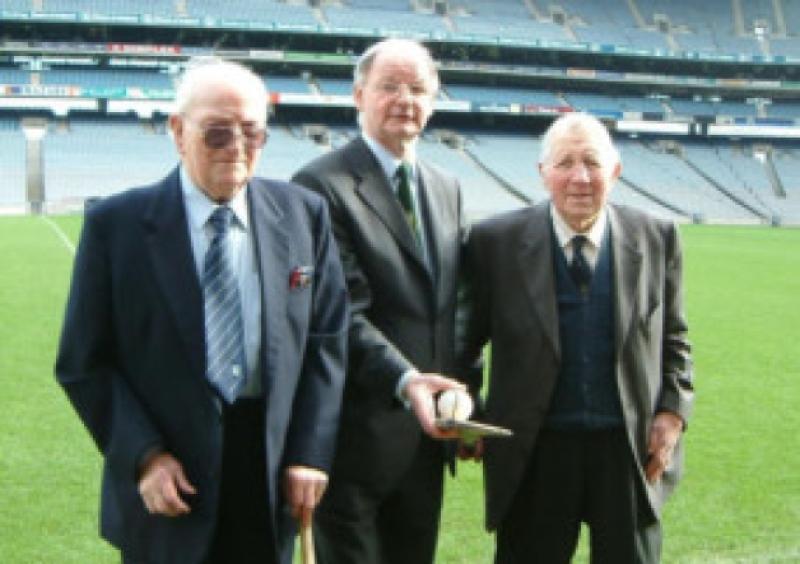 ALL OF Limerick’s 1940 All-Ireland winning heroes have gone to their God with the sad passing of Tony Herbert aged 94.

ALL OF Limerick’s 1940 All-Ireland winning heroes have gone to their God with the sad passing of Tony Herbert aged 94.

The Lisnagry man passed away peacefully in his Dublin home on Thursday night. The beloved husband of the late Nancy is sadly missed by his loving family, sons Patrick, Fergal and Ciaran; daughters Brid, Carole and Maura; his brother Eamon, grandchildren, great-grandchildren, many friends and all Limerick hurling supporters.

Tony follows the late Tommy Cooke, who passed away last month, to their eternal reward. There will be some stories told now that all the 1940 team are reunited in heaven.

With Ahane he won nine senior championship medals - five hurling and four football - and in 1940 he lined out beside fellow clubman Mick Mackey in Limerick’s second last All-Ireland hurling victory.

Following a move to Dublin in 1942 to take up a job with New Ireland Assurance, he joined the famous Faughs club.

He donned the Dub colours for over a decade, reaching two All-Ireland finals in 1948 and 1952.

A great character, when Tony was told his family were organising a 90th birthday party for him his daughter Carole said: “He smoked about 100 cigarettes that day.”

Tony was also involved in politics serving as a Fianna Fáil member of Seanad Éireann from 1977 to 1981.

Oliver Mann, chairman Limerick GAA County Board, said it was particularly poignant when Tony was the last of the 1940 winners.

“It is an era that we read about and that is part of our history. It give us great pride in what was achieved by our predecessors and gives us a goal to aim at,” said Oliver.

Coming as it does so soon after the death of Tommy Cooke, Oliver says the two men will be bringing the news from down below.

“It is the end of the link with the 1940 team. On behalf of Limerick GAA we would like to sympathise with his sons and daughters, brother Eamon, extended family in Dublin and Limerick. “Tony gave great service to the GAA with his native Ahane, Limerick and when he went to Dublin, said Oliver.

A large contingent from Limerick will be travelling to Dublin, like they did in 1940, to pay their respects to the late Tony Herbert.

Reposing at the Redemptorists Community Marianella, 75 Orwell Road, Dublin 6 between 4pm and 7pm this Friday. Funeral Mass on Saturday at 11am in St Joseph’s Church, Terenure. Burial afterwards with his late wife Nancy in Kilmashogue Cemetery.