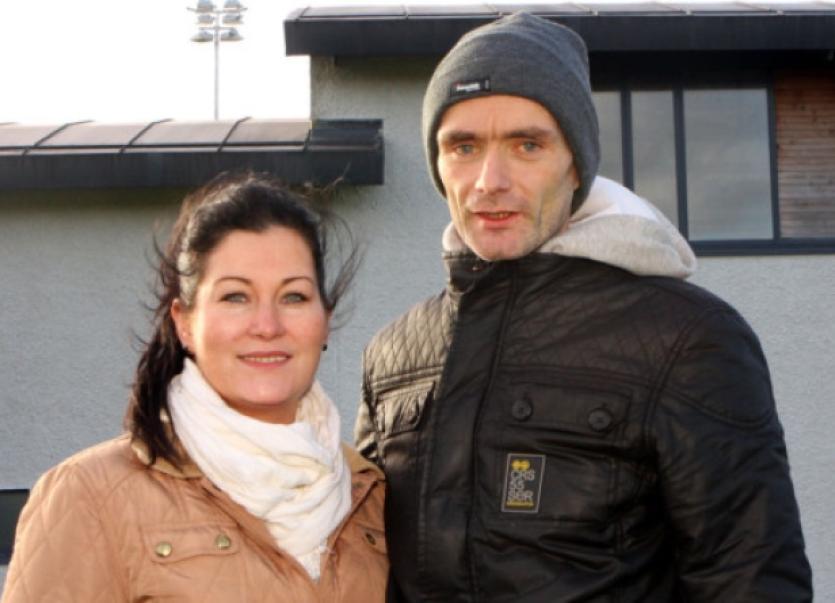 ADVANCES in technology and healthcare have meant that a well-known hurler who was diagnosed with cancer last year is able to receive chemotherapy treatment at his County Limerick home.

ADVANCES in technology and healthcare have meant that a well-known hurler who was diagnosed with cancer last year is able to receive chemotherapy treatment at his County Limerick home.

Stephen O’Halloran, who is awaiting a liver transplant, says he is “doing fairly well” having just completed his second session of his first at-home chemotherapy cycle.

Each cycle consists of six sessions of chemotherapy.

“I had the first session in the first week in February and I had my second session last weekend. I did miss two sessions because my bloods weren’t suitable so I am behind by a month,” explained the Bruree man, who was diagnosed with the disease after a spot was discovered on his liver.

Stephen – who played minor and U21 hurling for Limerick and has been a star player on the Bruree hurling team over the past two decades – is on a transplant waiting list at St Vincent’s Hospital.

Prior to Christmas he underwent both chemotherapy and radiation while in St Luke’s Hospital in Dublin.

The at-home system means he can receive the treatment while getting on with his life and enjoying the company of family and friends at the family home in Bulgaden.

“It’s a great bonus to be able to come home and relax in front of the fire. You are not stuck in a bed - it can be boring in the hospital. I have a bottle of chemo I can bring home with me. They connect me up in Dublin with it and it’s on then for the two days. I have it inside in a pouch and it’s strapped around my waist. This is a new system,” he explains.

“They give me chemo through my neck. It stays on for two days and it goes through the system – 5mls goes in an hour for the two days.”

While he admits he does get very tired in the evening times, he says he has been “lucky enough” that he hasn’t had any major side effects.

“I would be exhausted but I don’t overexert myself over the day. I get cold hands and feet all right,” he admits.

Stephen undergoes the chemotherapy sessions once a fortnight.

The chemotherapy, he explained, shrinks the tumour on his liver and keeps it contained.

“After the four sessions are done I have to go for a MRI. They will decide then if my liver is ready for the operation - a full transplant. If it’s not then I have to do another cycle of the chemo.”

While some days can be tough, Stephen is determined to remain positive.

“I get out and about. There are times when you would be thinking about it and you would be upset but these things happen.”

While he hasn’t seen the Limerick senior hurlers in action yet this season, he is hoping to put that right in the near future.

“Bruree were playing a challenge game against Milford the other day and I was at it. Ronan my son, it was his first game in goals and he did well,” he smiled.

Last October, hundreds of people either attended or made a donation to a benefit night in honour of the Bruree hurler in Bulgaden Castle. The total raised from the event was over €36,000.

Concerns were first raised about Stephen’s well-being after he lost a noticeable amount of weight over a short period of time last year.

“I lost two stone over a short time. I had a touch of jaundice,” he explained.

Stephen consulted his doctor. He was sent for blood tests and a spot was detected on his liver. “I never smoked. I’d have a few pints at the weekend, no more than anyone else. We are all dealt a different hand, “ he said.

Despite his diagnosis, the 36-year-old lined out for Bruree against Murroe-Boher in the half-back position in the third round of the county championship last August 2.