Complaint over lack of access to ‘derelict’ West Limerick graveyard 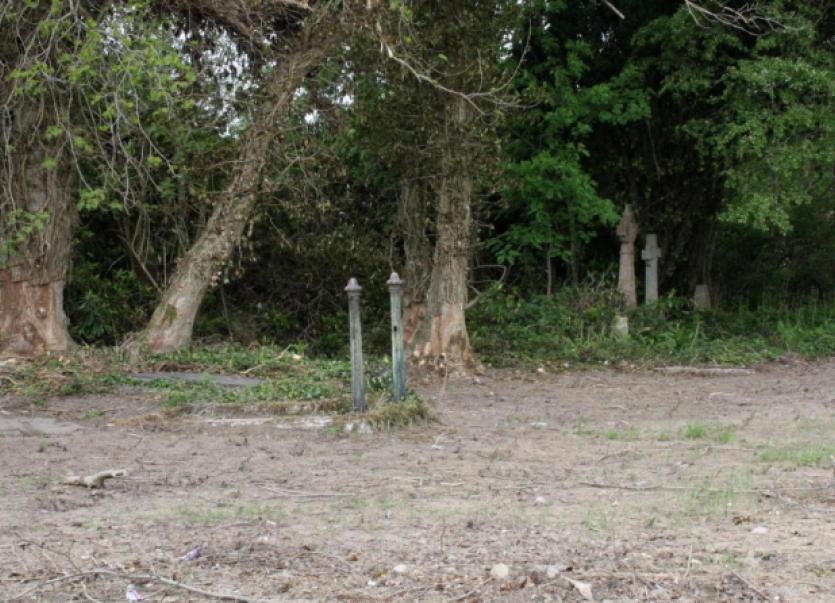 A LOCKED and disused burial ground in Abbeyfeale is expected to be re-opened to the public “in the next couple of months” once repair works arising from a legal action are completed, Limerick County Council has said.

A LOCKED and disused burial ground in Abbeyfeale is expected to be re-opened to the public “in the next couple of months” once repair works arising from a legal action are completed, Limerick County Council has said.

The centuries-old Church of Ireland graveyard near Mountmahon has been subject to a legal action between the council and a nearby property owner since June 2012, after a boundary wall there was damaged and trees uprooted without permission.

However a local resident has complained that while this matter has been ongoing, the “derelict” graveyard has been locked and members of the public have been prevented from entering.

Michael Griffin of Limerick County Council said that as a result of its legal action, repair works at the graveyard are being carried out by the third party. The graveyard will remain locked until these are complete, but will be re-opened to the public “in the next couple of months”.

Thomas Baker, an Abbeyfeale resident, said that he is willing to clean up and maintain the “total eyesore” on a voluntary basis, but has been prevented from doing so by the council.

“They say that it’s ‘sub judice’, and that there’s an ongoing legal issue. But I’m not involved in that; that shouldn’t prevent me from going in and cleaning up the graves.

“The place is completely derelict, a total eyesore. I’m with the Tidy Towns. I wanted to go in there, but I was prevented.

“People came here over the summer tracing their family tree. They couldn’t get access”.

Last summer the council began a prosecution relating to damage to the graveyard, which has been under its ownership since the 1940s and is approximately one quarter of an acre in size.

Mr Baker said that his attempts to organise access to the cemetery had been hampered by the “difficult attitude” of the county council, which he claims “wouldn’t even answer my letters”.

Mr Griffin said that the council is hoping to “work with a local voluntary group” to take over the maintenance of the cemetery once the legal action has been resolved.

He said that there are certain criteria that need to be satisfied, namely that any group has a designated committee, holds annual public meetings and has a bank account in its own name.