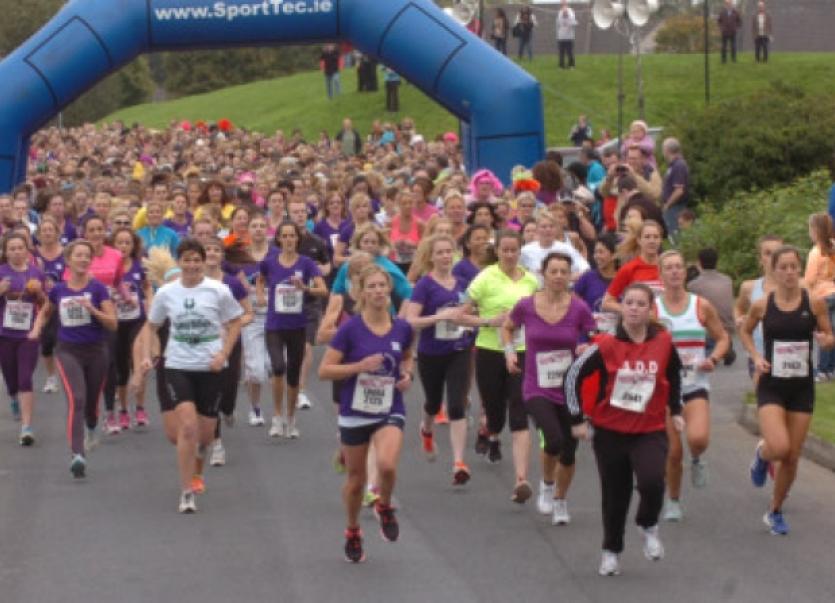 WOMEN from across Limerick did the city proud on Saturday, as more than 2,000 togged out for the annual Mini Marathon.

WOMEN from across Limerick did the city proud on Saturday, as more than 2,000 togged out for the annual Mini Marathon.

Ballyclough girl Orla Drumm completed the 8km marathon first, with a time of just over 28 minutes, while Kilcornan’s Nicola Byrne was the first wheelchair athlete to cross the line, just five minutes behind the winner.

But it was charities who were the real winners on the day, as thousands of euro was raised for good causes across the region.

Now in its 15th year, a number of men - many dressed in drag - also got into the spirit of things.

And it was less than half an hour later when Ms Drumm had completed the new course - which took in Milford Hospice, the Castletroy Park Hotel, the Boat Club, and the Living Bridge.

She said: “It was tough out there, but good fun. It was a new course this year, and better than previous years.”

She shaved 13 minutes off her time last year, which itself was an improvement of 20 minutes.

“I was able to go a lot faster. This is my third year winning it in a row. It takes a long time to get used to a racing chair like this. Certainly a few months: it is very hard on the back,” she said.

“It is more than just a running event. It is a highlight on so many social calendars,” he said.

One of the men taking part was Darragh Moore, from Westbury.

Dressed in pink, he ran to raise money for Breast Cancer Awareness, alongside his girlfriend.

“I have had loads of comments. People have been shouting ‘sexy’ at me. I take it all on the chin really,” he laughed.

Kileely girl Rebecca Grimes was also delighted, after she shaved 16 minutes off her race time.