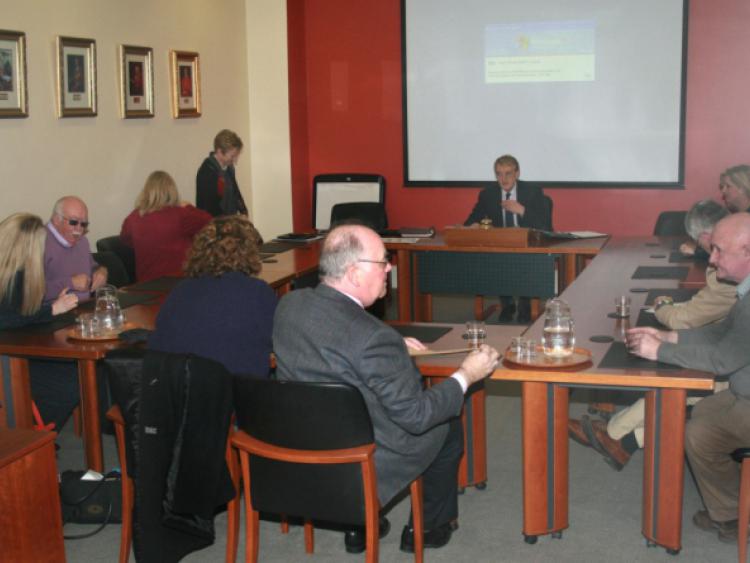 A KEY education body in the city is to close at the end of this month - and relocate to offices in Dooradoyle.

A KEY education body in the city is to close at the end of this month - and relocate to offices in Dooradoyle.

The Limerick City Vocational Educational Committee (VEC), which provides educational supports to learners of all ages, is to merge with the Co Limerick VEC and the Co Clare VEC on July 1.

The committee of the City VEC - which administers a number of projects including the Youthreach scheme in O’Connell Avenue - will meet for the final time this Friday, before it is wound up.

A spokesperson for the Department of Education confirmed it wrote to chief executive Paul Patton advising him of the change last week.

In its place, a new educational training board will be established at offices in Dooradoyle - a decision greeted with dismay by city councillors. Fine Gael’s northsdie councillor Michael Hourigan is fearful that with this new arrangement, there will be a loss of emphasis on the city.

“Limerick City has special problems, and the VEC dealt very well with that. I would hate to see any of the good work done by the City VEC being undone by this new amalgamation. But there is a great danger in that,” he said.

“It is a sad day for Limerick City. The VEC has been operating in the city for decades,” he said.

Cllr O’Hanlon, who was committee chair for 11 years, said: “During that time we had some very positive developments such as the opening of the Gaelcholaiste [Luimni] and the reopening of St Nessan’s Community School.”

He said now it is a case of trying to see “what can be salvaged”.

“Most people using the VEC are from disadvantaged backgrounds, and will not be able to afford to get taxis and buses out to Dooradoyle,” he said, describing the government’s behaviour as “deplorable”. He alleged that it was agreed the local committees would have input into location of the new headquarters - but this never happened.