Football fever: Monaleen teacher has both feet in enemy camp! 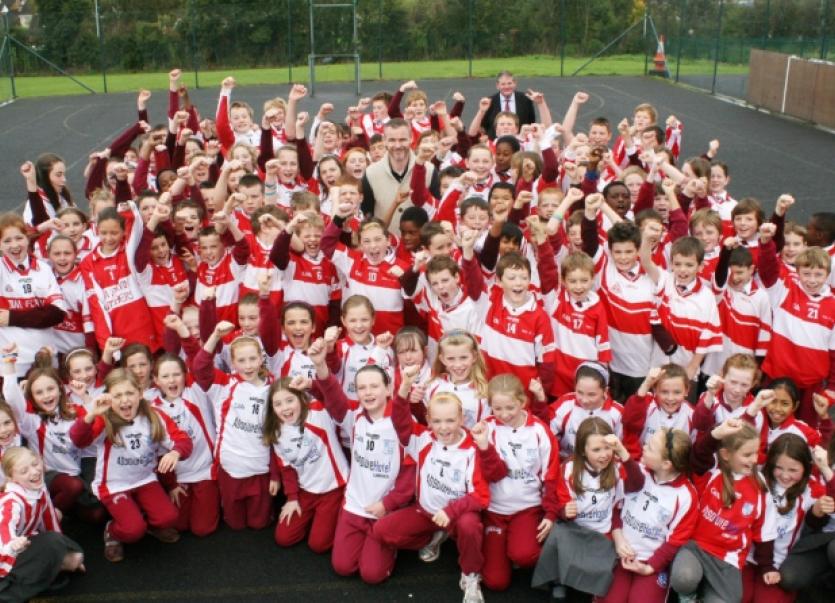 WITH the county senior football title on the line this weekend, former Limerick captain Tommy Stack is giving new meaning to the words ‘being behind enemy lines’.

WITH the county senior football title on the line this weekend, former Limerick captain Tommy Stack is giving new meaning to the words ‘being behind enemy lines’.

As Dromcollogher-Broadford and Monaleen prepare to face off for the Fr Casey Cup in Newcastle West this Sunday, Tommy has the unique position of being able to sample the build-up on both sides of the fence – as a former stalwart and current selector with Drom-Broadford, and a teacher at Monaleen national school.

Tommy admitted that no matter who wins on Sunday, he will be in for an interesting day at work on Monday: “I’m sure it’ll be fun on Monday, whatever the result is. The kids have really gotten into it this week. Obviously what we’re all training for is quite serious, but you have to remember to see the fun side of it too.”

This Sunday’s clash can fittingly be billed as a clash of the titans, as Drom-Broadford and Monaleen have won ten of the last twelve Limerick senior football titles between them. Sunday will be the first time they have met in the county final. Drom-Broadford, the reigning champions, will be seeking to retain the title they won after a replay with Newcastle West last year, while Monaleen - champions in 2010 and 2011 - will be hoping to return to the top of the football pile.

Tommy, who combines coaching the Monaleen NS’ football sides with his duties as a selector with Drom-Broadford, said that Sunday will be a tight encounter. “We’re optimistic that we’re in good shape. We haven’t played Monaleen in a final, and that brings something different. I think it will be a very close game.”

There were excited faces all around at Monaleen NS and Scoil Mhuire in Broadford this week ahead of Sunday’s game.Throw in for the final is at 3.30pm.