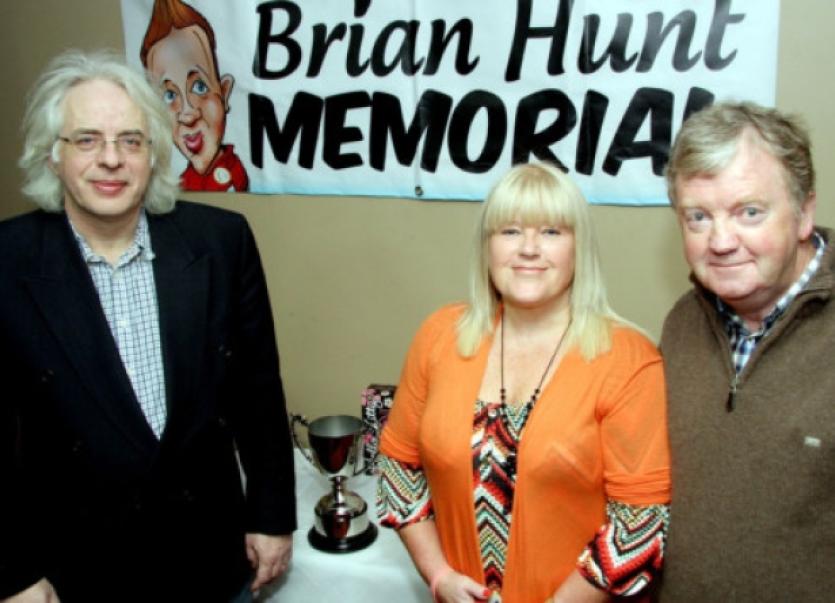 Over 200 people of all ages attended the ‘Brunch for Brian’ event at the Courtenay Lodge Hotel on Sunday, which was organised by the Brian Hunt Memorial campaign.

Brian, a native of Raheen, died in May 2011 at the age of 26 after battling a rare kidney disease all his life. His father, Gabriel, is from Newcastle West.

Last year Brian’s friends and family teamed up to create the Brian Hunt Memorial campaign, which aims to keep his memory alive while raising money for charitable causes that have been close to the family’s heart.

Jonathan McDonnell, Brian’s best friend and chairman of the Brian Hunt Memorial, said that Sunday was another “bittersweet” event when Brian’s life and death were remembered. “We’re sad that Brian isn’t here but heartened because we’re honouring him by helping causes that supported him when he was alive”.

Last year, the memorial group held a scramble at Rathbane Golf Club and an auction of sporting memorabilia, which raised thousands of euro for the Irish Kidney Association. This year, the committee decided to make it a family affair.

As well as music by Mr McNamara, a former presenter on RTE Lyric FM and musical director of The Late Late Show, there was children’s storytelling from author Roisin Meaney and face painting by artist Marian Sugrue.

A colouring competition was won by 12-year-old Ciara McMahon from Knockaderry and three-year-old Ellie Fitzgerald from Limerick city. Meanwhile, photographer Darren Ryan, a friend of Brian, offered each visiting family a professional portrait, and donated 100% of his receipts from the day to the charity.

Cian Hunt, Brian’s brother, said that he, his father and mother Loretto were moved by the support the event had received. “My parents and I really appreciate the effort everyone has made in keeping my brother’s memory alive”.

As well as the proceeds raised on the day, Brian’s former employer, Certus, have donated €1,500 to the fund.

For more pictures from the ‘Brunch for Brian’, turn to page 18