Farmers beaming after the difference sunshine has made 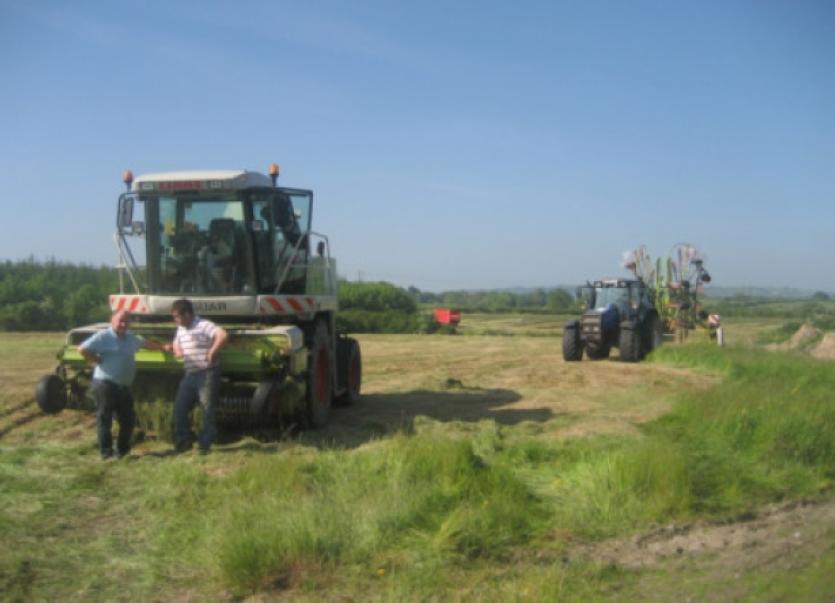 WHISPER it, but the rain at the start of the week was welcome.

WHISPER it, but the rain at the start of the week was welcome.

Farmers would have shot you for that comment at any other time in the last 12 months.

It was the beginning of June 2012 when the weather broke. Thankfully farmers’ prayers were answered with the recent amazing weather.

Grass growth rocketed and saved the day. Farmers were even able to save hay. That would have been a bad joke a few weeks ago as farmers queued for imported hay.

A report in Farm Leader read: “A group of about fifteen farmers got together after seeing that their first cut of silage was going down and would rot, something had to be done. They decided that whenever a fine day was predicted they would take one farm at a time and take all available tractors and necessary machinery to that farm.”

They cut the silage the night before, spread it out early on the “fine” day, row and bale it as late as possible and then draw all bales out of the field that night, before further rain would make ground conditions impossible again.

“It was wonderful to see fifteen tractors working after two o’clock at night to take all my bales out of the field to safety,” said Mr Barry at the time

“The fields are not too badly cut up and at least we will have some fibrous fodder for the winter. I hope the weather picks up so that cows can be let out to grass again, or else the silage will be fed before winter and we will be in trouble again,” said his son, Sean.

Unfortunately, he couldn’t have spoken a truer sentence as the country was consumed by a fodder crisis that farmers will be paying for for a long time. Last August, the community spirit shown was like harvesting a century ago when all neighbours came together to make the hay or cut the corn.

“As it was not possible to graze the land since last year’s silage crop was cut the grass was ready for ensiling. It was cut, picked up and transported to the home silo pit all in one exercise and not even a mark left on the field which is now ready for the application of fertiliser to grow a second cut,” said Mr Thompson.

“Unfortunately this is not the case in most of East Limerick where land had to be grazed resulting in a lot of poaching leaving the silage crop way behind normal with a predicted low yield.

“It is important that farmers do the calculations and ensure that they have enough fodder to feed their livestock next winter,” he says.