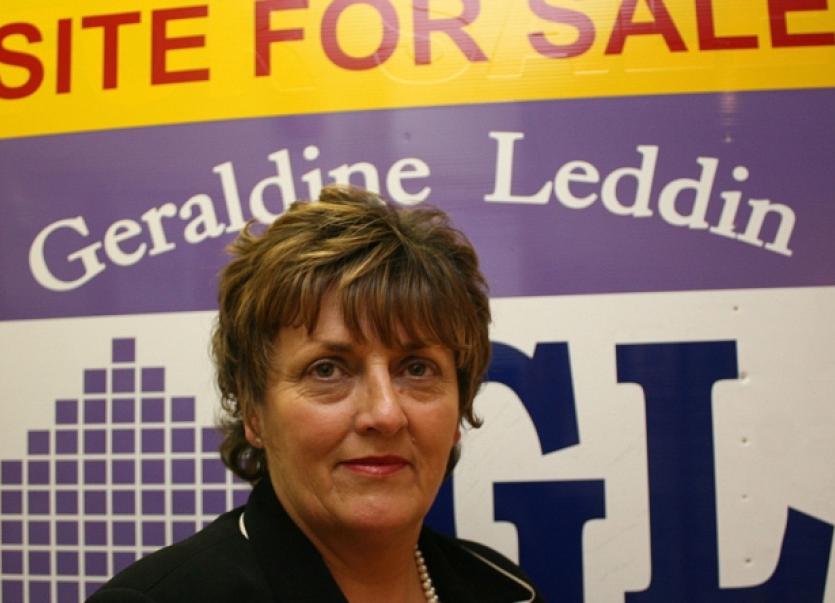 AUCTIONEER Geraldine Leddin believes she was effectively “blocked” from the Fianna Fail ticket in Limerick City West by a decision of HQ to divide the electoral area into three sub-districts.

AUCTIONEER Geraldine Leddin believes she was effectively “blocked” from the Fianna Fail ticket in Limerick City West by a decision of HQ to divide the electoral area into three sub-districts.

The party sprung a surprise in selecting retired detective garda Sean Lynch from Patrickswell but the real intrigue surrounds Ms Leddin’s decision to withdraw her nomination on the eve of the party convention in Mungret GAA club last Friday.

Ms Leddin had been asked by Deputy Willie O’Dea to consider running for Fianna Fail and was appointed an area representative by the party earlier this year.

But the Raheen businesswoman’s close proximity to Cllr James Collins in Dooradoyle was seen by some Collins supporters as an attempt by the O’Dea camp to weaken Cllr Collins.

“The Collins’ are trying to protect James and boost his vote with a view to him running in the next general election but obviously Willie has his own ideas about that,” was how one city member summed it up this Wednesday.

Ms Leddin told the Leader she had withdrawn her nomination after learning from the national constituencies committee on Wednesday that the party was recommending one candidate be selected from each of three districts: Patrickswell/Clarina; Dooradoyle/Raheen and the city centre. That left Ms Leddin in a battle against Cllr Collins but she withdrew her nomination instead of putting a sitting councillor through a contest.

A direction had also come from party HQ that members could only vote for candidates in each subdistrict if they were attached to local cumainn. This meant that Gerladine Leddin supporters in city centre cumainn could not support her in any contest in Raheen/Dooradoyle.

According to some party members, this is contrary to the spirit of the “one member, one vote” system approved at the Fianna Fail ard fheis last year.

“I was told,” said Ms Leddin, “that the members that nominated me would not be allowed to vote for me and I was basically blocked. I’m beginning to think that politics is a dirty game”.

A party member who spoke to the Limerick Leader said there ought to have been room for both Cllr Collins and “a strong candidate like Geraldine” on the ticket.

Cllr Collins could not be reached for comment this Wednesday but a supporter rejected any suggestion that party headquarters had contrived a decision that worked in his favour. The recommendations from the constituencies committee - including around subdividing the area and the voting criteria - had been in accordance with party rules and followed a template used at conventions around the country, he insisted.

Such strategic decisions were made by the party “to maximise the number of seats we can win on the council”, he added.

A spokesman at the Fianna Fail press office confirmed on Wednesday that where there was a contest at convention, only members of local cumainn were entitled to vote.

After Deputy Martin told the Leader that the party could add women to local election tickets if not enough came through convention, Ms Leddin said she might still consider such an offer.

Meanwhile, the decision of Cllr Leonard Enright not to stand saw a three-way contest in the Patrickswell/Clarina area, with retired garda detective Sean Lynch selected ahead of teacher Trevor Griffin and accountant James McNamara.

Mr Lynch, who investigated many serious crimes including the murder of Shane Geoghegan during his time with the force, said he was “delighted to be in the race”.

While Fine Gael portrays itself as the party of law and order, Mr Lynch believes Fianna Fail justice ministers from Sean Doherty down to Dermot Ahern had been “more supportive of the gardai over the years”.

“But this a local election and I understand that it will be about more local issues. Both myself and my wife have worked hard all our lives, we have kids in school and college and we have experienced financial difficulties in recent years the same as everybody else. I feel I can relate to people on that basis and if the people see fit to elect me, I promise I will be thorough and honest in my dealings with them and will always listen to them,” he said.

The role of a garda and that of a politician were similar in many ways in serving the community at ground level and often dealing with difficult situations.

“As a garda I always tried to be fair with people and would help them in any way I could. I remember helping a family in O’Malley Park who wanted to be rehoused at a time when there were a lot of shootings in the area. I helped get them rehoused in Castletroy, a lovely family, and the nice part of the story is that a young lad went on to get over 500 points in his Leaving and is studying to be an engineer in college now,” said Mr Lynch.