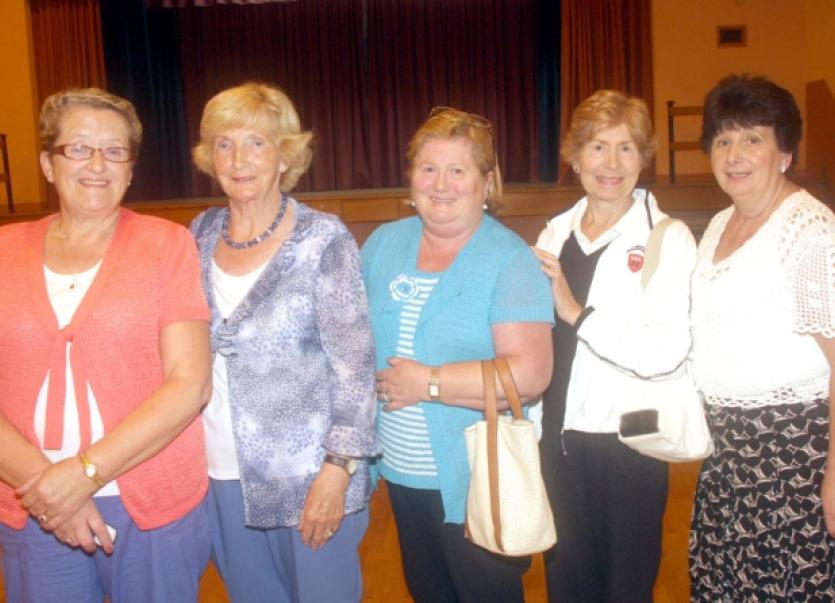 OVER 200 eyes and ears are working with gardai in Oola to prevent crime.

OVER 200 eyes and ears are working with gardai in Oola to prevent crime.

Over 200 have signed up and more are encouraged to join. In simple terms if a local sees something suspicious they contact gardai ideally with a car reg number. Gardai in Bruff will be monitoring it 24/7.

“It is now up to ourselves to be alert and text if you have any suspicions,” said Mr Meagher. This initiative came about from a Pallasgreen Crime Prevention meeting last year called by David Thompson and IFA branches after a number of aggravated burglaries. Kilteely-Dromkeen also have one in place and other text systems are being worked on in Cappamore, Doon, Murroe-Boher, Pallasgreen, Caherconlish.

“This will cover much of East Limerick. It will help people sleep at night,” said Mr Thompson. Many meetings with gardai, Muintir na Tire, government departments, IFA and locals took place to bring the project to fruition.

“This texting system uses modern technology to help us. Remember, the criminals are becoming more professional and so must we if we are to be effective,” said Mr Thompson. Superintendent of Bruff garda district, Alan Cunningham also spoke.

He said that across the public sector there have been cuts and garda numbers are not as big as they were previously.

“We rely more on the co-operation of the public. With voluntary help from the community with this simple, easy to operate text system and a 24/7 contact in our Bruff station criminals will know this area is being watched,” said Supt Cunningham, who paid special mention to Sergeant Helen Holden, Garda Edel Moloney and Garda Tony Charnley for their input. Liam Kelly, Muintir na Tire, said gardai can’t be everywhere.

“They need help and we can now provide it. They can deliver if the Government allow them the facilities. Quality of life in rural Ireland is at stake especially for those living alone and the elderly,” said Mr Kelly.

Limerick IFA chairman, Aidan Gleeson, said the text system sends a strong message to criminals that they are being watched and to stay away. Fianna Fail justice spokesperson, Niall Collins, congratulated Oola for its community spirit and Mr Meagher. He says Muintr na Tire deserved more credit for their work which often goes “under the radar”.

“Supt Alan Cunningham and Chief Supt David Sheahan have been a great support to rural communities and I am glad to see garda recruitment starting up again. It is badly needed,” said Mr Collins.