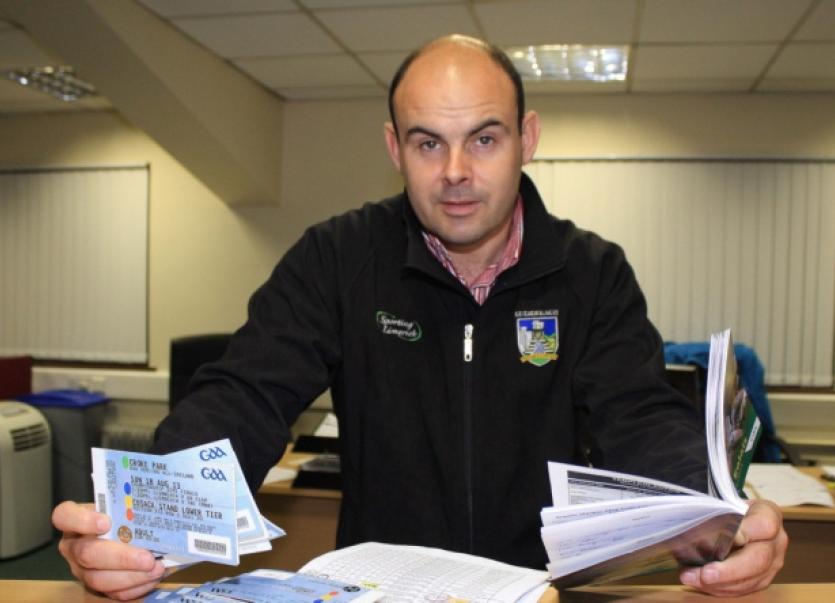 Up to 60,000 hurling fans are expected to travel to the GAA HQ on Sunday week with a large bulk of those going through the turnstiles wearing the green and white.

“There is a massive demand for tickets through the clubs,” commented secretary of Limerick County Board, Mike O’Riordan this Wednesday.

“The level of support is unprecedented,” he added.

By lunchtime this Wednesday, 20,000 tickets had been snapped up by the dedicated Limerick supporters - around 8,000 of which were purchased at the office in the Gaelic Grounds.

The county secretary confirmed that almost 40,000 tickets have now been purchased nationwide for the hurling showpiece which means that, with still over a week to the decider, it’s on course to have one of the biggest attendance figures in recent years.

Last year’s senior semi-final encounters contested by Cork and Galway and Kilkenny and Tipperary had attendances of 41,537 and 50,220 respectively.

Limerick’s last semi-final appearance against Tipperary in 2009 was attended by 42,000.

Tickets for the semi-final clashes are being sold from the Gaelic Grounds, Tickets.ie and Centra and SuperValu shops. They are priced at €25 for the terrace, €40 for a stand ticket and €5 for a child.

Children’s tickets are limited to the Cusack and the Davin Stands.

There will be family fun zone at the Davin Stand car park from 12.30pm to 3pm on the day of the match.

Both the senior encounter which sees Limerick take on old rivals Clare and the minor game which sees the Treaty men take on the Tribesmen of Galway will be televised live on RTE with radio commentary also available on Limerick’s Live95FM.

Iarnrod Eireann meanwhile, are advising that all scheduled morning train services from Ennis, Limerick and Cork to Dublin on Sunday August 18 are now sold out.

This, they say is due to increased demand from people heading to the All-Ireland Hurling semi-finals in Croke Park.

The first train departs from Charleville at 08.40hrs calling at Limerick Junction at 09.03hrs due to arrive into Heuston station, Dublin at 10.45 hrs and returning from Heuston at 19.20hrs that evening.

The second special train departs from Limerick at 09.15hrs and is due into Heuston Station at 11.25hrs, returning from Heuston station at 19.45hrs.

Up to 700 special train tickets are now available for these special services.

Further information is available through the following link; www.irishrail.ie/crokepark

Supporters travelling by train are reminded that alcohol and glass bottles will not be allowed on any train service on this day.