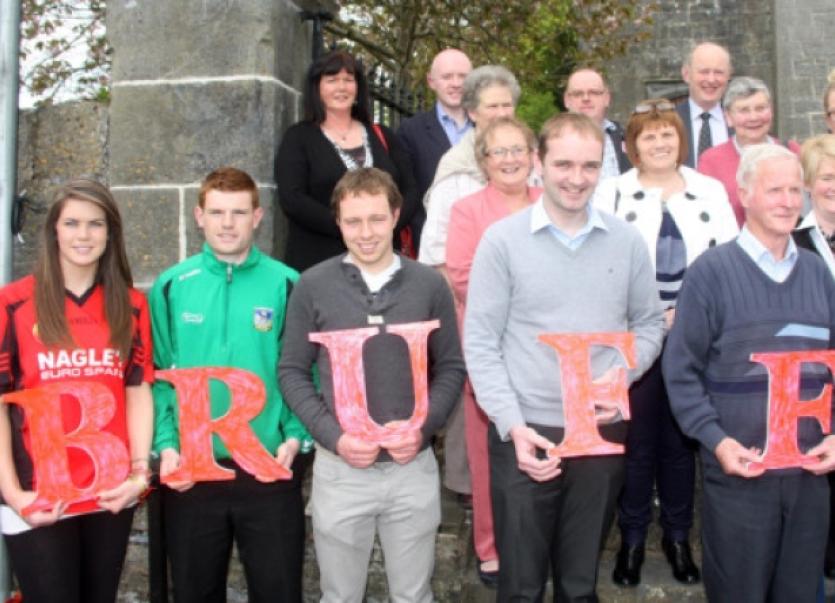 US President Barack Obama’s eighth Irish cousin, Henry Healy, has encouraged the people of Bruff to capitalise on their close links to another US president, John F Kennedy.

US President Barack Obama’s eighth Irish cousin, Henry Healy, has encouraged the people of Bruff to capitalise on their close links to another US president, John F Kennedy.

Thomas Fitzgerald - JFK’s great-grandfather on his mother’s side - was reportedly born in Bruff in 1823.

“Bruff is a town full of history. The Fitzgerald Kennedy connection is very real,” commented Henry after a walkabout in the County Limerick town on Friday afternoon.

Henry, who is the community activation leader for Ireland Reaching Out, was in Bruff to launch the town’s Gathering celebrations which will take place from July 1 to 7.

“It might be 50 years since the visit of JFK to New Ross,” continued the Moneygall man, “but that link is still being celebrated down there so it is time for Bruff to use what they have and make the most of it and highlight the fact that not only did the Fitzgeralds come from there but Rose Fitzgerald [JFK’s mother] visited Bruff as a child. They should be highlighting that, marking the plaques and showcasing what they have.”

The Fitzgerald family bible which was brought to the US from Bruff was used in the inauguration of John Fitzgerald Kennedy in 1961, confirming Bruff’s close links to the Fitzgeralds.

Meanwhile, an impressive week of events is planned in the town for the Gathering celebrations including an opening ceremony and concert in the restored Church of Ireland, an historical walk taking in the Fitzgerald Kennedy trail, soccer tournaments, tea dances, a genealogy workshop, and a Fourth of July American celebration on the main street. There will also be an All-Ireland Feile event at the sports grounds, a fun run and cycle race, a children’s sports day, an alternative donkey derby and a children’s disco.

Henry, who was instrumental in getting President Obama and his wife, Michelle, to visit Ireland in 2011, said he was “very impressed” by the efforts of the Bruff community, and their vision for the future.

“What they have done at the Church of Ireland is fabulous,” he noted.

“I went up to view the courthouse as well to see the plans up there – they are going to open a heritage information centre up there”.

Bruff, he said, is one of the “stronger towns” in the country in terms of tapping into the spirit of the Gathering.

“We have an active community there who have been researching and trying to connect with people from the Bruff area, to get them to come back,” he said.

Other noteworthy events taking place in July are a regional seanachai event and an exhibition of old letters and memorabilia.

Both of these events will be held in the newly restored courthouse and are being organised by Bruff Heritage Group.

An important political development also takes place during the Gathering with an imminent declaration of independence - Bruff will elect its first Taoiseach!