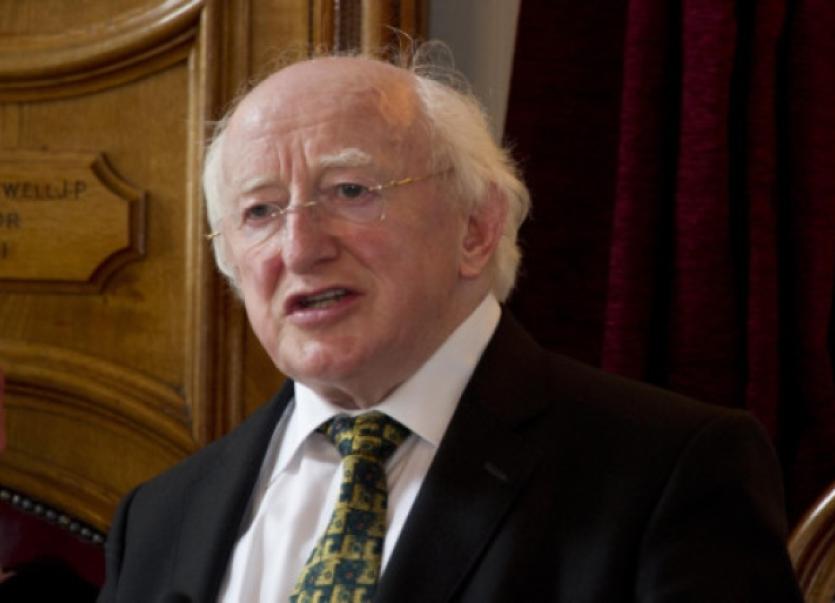 PRESIDENT Higgins has paid tribute to the late Limerick trade union leader Donal Nevin as somebody deeply “committed to the creation of a fair and equitable society”.

PRESIDENT Higgins has paid tribute to the late Limerick trade union leader Donal Nevin as somebody deeply “committed to the creation of a fair and equitable society”.

Dr Nevin, a native of Cornmarket Row and past pupil of Sexton Street CBS, was general secretary of the Irish Congress of Trade Unions and passed away just before last Christmas at the age of 88. President Higgins made the remarks while delivering the inaugural Donal Nevin lecture at NERI, the economic research institute funded by the trade unions and which is named in the Limerick man’s honour.

“Donal Nevin’s work for the protection and development of the rights of workers, his commitment to the creation of a fair and equitable society in which all citizens have the opportunity to flourish and his lifelong commitment to public service are the hallmarks of his contribution to Ireland,” the president said.

His 40 years with ICTU and his work in public service in diverse bodies such as the Combat Poverty Agency, the Irish Hospice Foundation, the anti-Apartheid Movement, the National Theatre, various tax commissions and the Economic and Social Research Institute are the legacy of his commitment to the public world and give evidence of his deep commitment and contribution to all aspects of Irish life, his intensive commitment to citizenship and his practical patriotism.

“Donal and I were both born in Limerick; he in 1924, me some time later. In the 1940s he left Limerick to join the civil service in Dublin while I left Limerick 20 years later to make the shorter journey up to Clare. Our paths did not cross until much later on but we found that our individual journeys had brought us to very similar conclusions about the nature of the society we saw around us and the type of society we would prefer to see.”

With a social justice mandate, the Nevin Economic Research Institute, President Higgins said, would have an important role to play in counterbalancing how economic theory was presented to the public, where statistical models and mathematical formulae are now almost “ritualistic” and “uncritically accepted”.