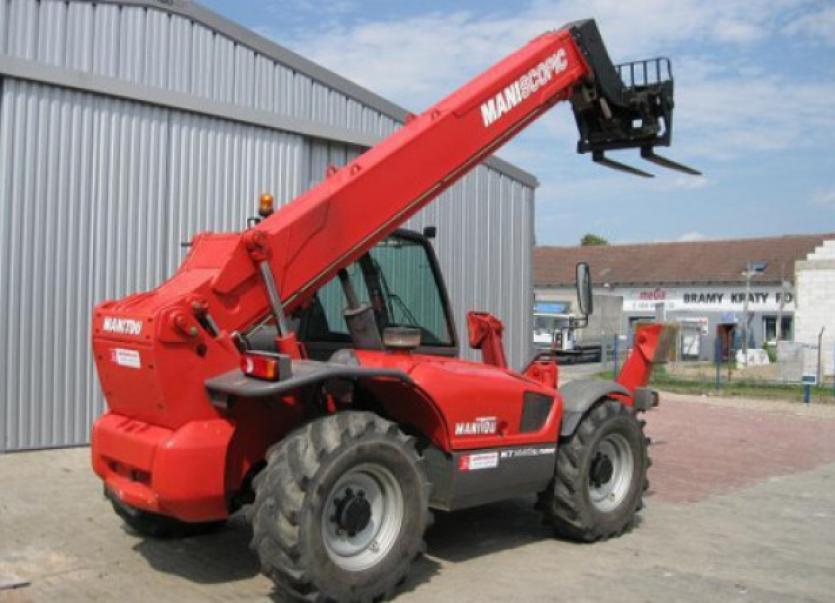 Silage, machinery, diesel, gates, even water troughs have been stolen from Limerick farms but this is surely the first teleporter.

Silage, machinery, diesel, gates, even water troughs have been stolen from Limerick farms but this is surely the first teleporter.

Owned by John Lynch, Ogonnelloe, it was taken on the Monday night of the May Bank Holiday weekend from farmland at Carriganattin, Ballyneety – across the road from the Hunting Lodge.

Tom Kennedy hired the teleporter to take down an old haybarn on his land.

“It is about 300 yards from the main road. The teleporter was not visible from the gate - it was about 600 metres from the gate,” said Mr Kennedy.

They last saw the teleporter at 7pm on Monday, May 6. The following morning at 8am it was gone. The lock of the gate had been broken.

Son of the owner, Sean Lynch, thinks that the teleporter must have been loaded overnight because it is not like a tractor - it can’t be driven on the road over a distance of any length. Chances are it would have been driven into a ditch.

“We got an awful land on Tuesday morning when it was gone. It is mainly used for site work. Lifting up blocks for houses, putting slates on a roof, doing chimneys, anything like that,” said Mr Lynch.

The teleporter has to be somewhere say the men and are appealing for anybody with any information that will lead to its recovery to contact them on 087 2598962.

Around 300 pamphlets with a photo and information on the teleporter have been distributed but there has been no luck so far. There is a substantial reward of €2,000.

The theft has also been reported to gardai and they are investigating the crime.

“It is widespread across the county. At least they feel they are not the only ones suffering. We are all in the same boat, “ said Mr Gleeson.

As well as the financial loss there is the anger over a criminal being “brazen enough to stand in your yard and take something that you worked hard to put in place”.

He says the aim of their campaign is to raise awareness.

“The only answer is to help one another out as neighbours and as communities. Keep an eye out, if you see anything suspicious take note and report it to the gardai.

“It is a community effort with gardai, Muintir na Tire and Community Alert, “ said Mr Gleeson. Limerick IFA and Bruff gardai teamed up at Kilmallock Mart to speak to farmers about their concerns and answer any questions.