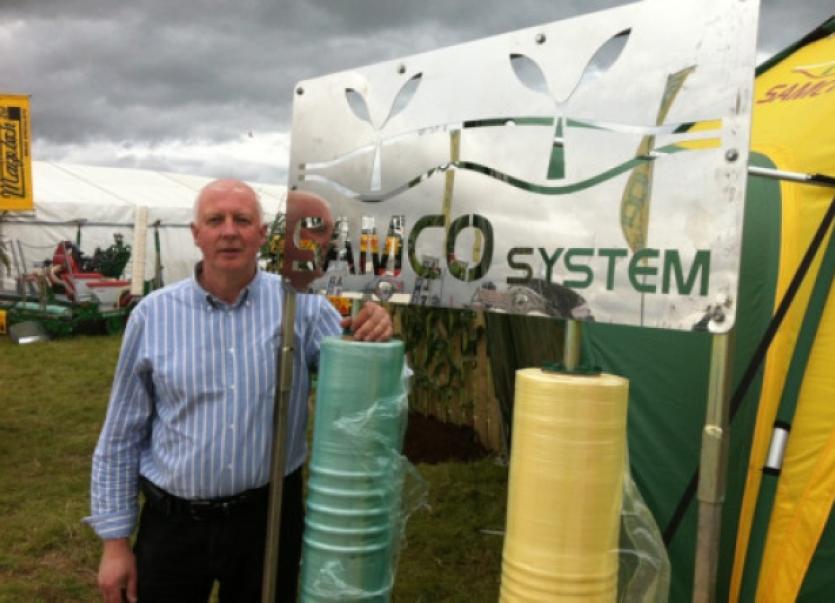 BOSSES at an Adare firm are celebrating this week after reaching the final of a prestigious business competition.

BOSSES at an Adare firm are celebrating this week after reaching the final of a prestigious business competition.

The primary product of Samco, which employs 27 people is a special ‘all-in-one- machine which sews cornseed, and sprays herbicide and film over soiled areas.

Now the innovation of the company, set up in 1997, has been recognised with an invite to take part in this year’s Ernst and Young Entrepreneur of the Year (EOY) programme.

One of only 24 companies selected from across the island, they were chosen by a judging panel chaired by 2002 EOY winner and Aer Arann founder Pádraig Ó Céidigh, and including Denis O’Brien, Ann Heraty of recruitment company CPL and Liam Casey of outsourcing manufacturer PCH .

There were also celebrations for two other local firms: Advanced Manufacturing Control Systems (AMCS), which develop environmental software in Fanningstown, Crecora, and investment company Freshgrass, based on the Dock Road.

The overall winner of the 2013 Ernst & Young Entrepreneur of the Year Award – and the three category winners – will be announced on October 24.

The overall winner will then go on to participate in the World Entrepreneur of the Year Awards in Monte Carlo in June 2014.

All 24 finalists will be profiled in the business section of The Irish Times in the coming weeks and will join a group of 100 entrepreneurs, all previous finalists and winners of the EOY programme, for a week-long CEO retreat taking place between Chicago, Notre Dame University and New York in June.

The 24 firms have been divided into three categories, with Samco nominated under the international company section.

Meanwhile, AMCS and the Freshgrass group have been named in the industry category.

Frank O’Keeffe, partner-in-charge of the programme said “The finalists are significantly contributing to the creation of new jobs and opportunities in today’s challenging business environment, advancing innovation and creating value in Ireland and globally.”

Limerick has taken the title with Hugh O’Donnell, of Kentz construction in 2009.