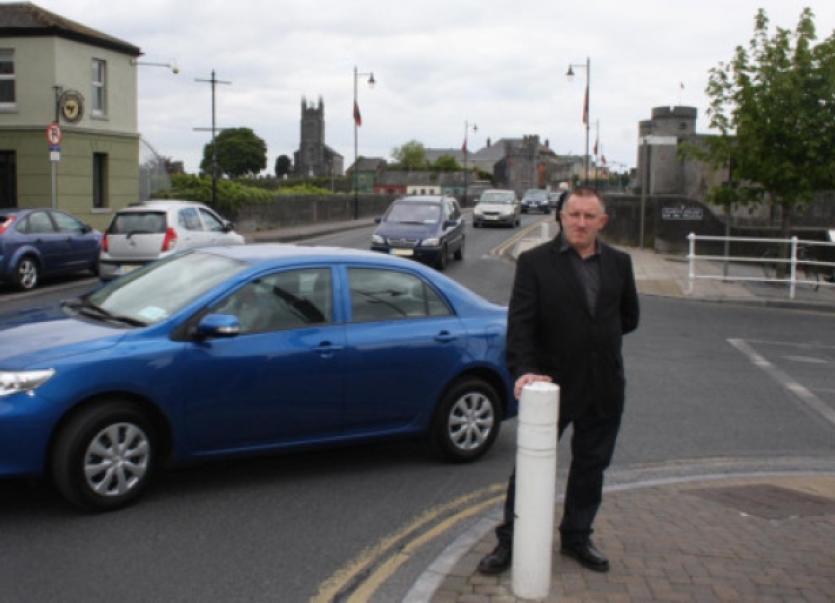 LIMERICK City Council has agreed to look at the possibility of installing traffic lights at the Thomond Bridge.

LIMERICK City Council has agreed to look at the possibility of installing traffic lights at the Thomond Bridge.

At the traffic and infrastructure committee meeting, Cllr Tom Shortt submitted a motion that the local authority “source funding to design and install lights to regulate traffic and provide a safer environment for pedestrians crossing at the intersection of Thomond Bridge with Clancy Strand, and the High Road, Thomondgate”.

The northside Labour councillor has long campaigned for the introduction of the measures, which he hopes will prevent a fatality at the busy interchange.

He pointed out the other junctions connecting the northside to the city centre had already seen improvements.

He cited the Shannon Bridge junction with the North Circular Road.

“Some taxi drivers do not want it, but for each taxi driver you meet, you will see pedestrians who will tell you that we need lights there,” he told the meeting, “There is an issue of life and limb here: this is often the site of accidents.”

Tourists will often use the area, he added, pointing out that King John’s Castle is a short walk away, while a popular cafe, Jack Monday’s is also in operation.

Cllr Shortt’s party colleague, Cllr Joe Leddin backed his motion, saying: “It is important there is a safe facility there. There is a lot of activity between the High Road, and Clancy Strand, and it is important we facilitate this.”

Director of service Paul Crowe said he had “no objection” with the request.

“We need to balance it with the flow of traffic. We will take a look at this junction, and look at a design, which may have an impact,” he concluded.