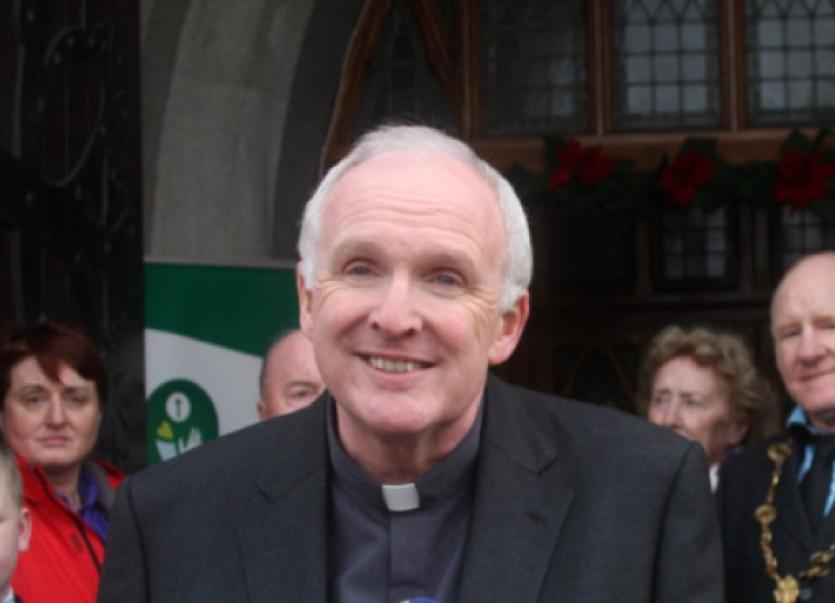 BISHOP elect of Limerick, Fr Brendan Leahy, has said that Pope Francis has already struck many people with his pastoral warmth, good humour and humility.

BISHOP elect of Limerick, Fr Brendan Leahy, has said that Pope Francis has already struck many people with his pastoral warmth, good humour and humility.

Fr Leahy described the election of Cardinal Jorge Mario Bergoglio as Pope as an inspiring event and a new beginning for the Catholic Church worldwide.

“The level of interest in the event and also the rejoicing in our own diocese, across Ireland and the world that greeted the election of the new Bishop of Rome, reflect the importance of the Pope not only for Christians but for all people of good will,” he said in a statement.

“This is a great opportunity for renewal of our faith and trust in God as it marks a new beginning for the Catholic Church in many ways. The most obvious of these is that we have the very first pope from South America where half the world’s Catholics are living. He is also the first Jesuit Pope. Such milestones are signals of hope for us all at a challenging juncture for the Church,” he added.

Fr Leahy said that the fact that the Pope chose the name Francis is “another significant departure and indicates how this will be a papacy committed to championing the cause of the poor, promoting peace and dialogue as well as safeguarding creation. All of this is very necessary today.”

“Throughout his life Pope Francis has displayed the type of humility and simplicity that has made him a champion of the less well-off and I have no doubt that the light of his papacy will shine brightest for those who are most in need,” he added.

“In his first Angelus message, Pope Francis shared a wonderful episode in his life when an elderly woman spoke to him with great conviction about God’s immense mercy. The Pope wants us all to make the message of mercy our own, saying ‘a little mercy makes the world less cold and more just’.”

”He is a man of prayer and spirituality. I think we will all remember that wonderful gesture on the evening of his election when he bowed in front of the people in St. Peter’s. Square and asked for their blessing. We thank the Holy Spirit for guiding the Cardinals to choose so well! We now pray for Pope Francis as he celebrates on Tuesday morning in the Vatican the Mass for the Inauguration of the Petrine Ministry,” added Fr Leahy, who will be ordained Bishop of Limerick at a mass in St John’s Cathedral on April 14.