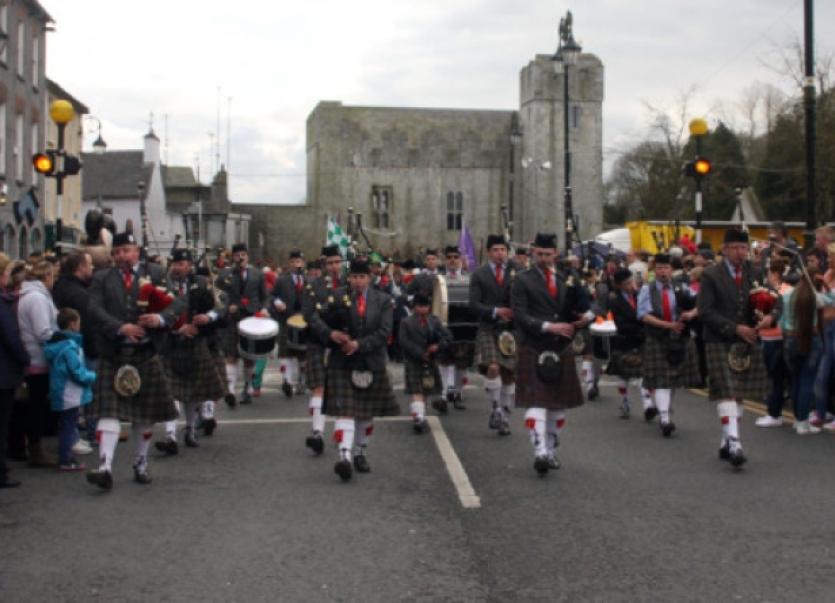 ORGANISERS of the St Patrick’s Day parade in NEwcastle West have defended the event against criticism that it was too commercial and poorly planned.

ORGANISERS of the St Patrick’s Day parade in NEwcastle West have defended the event against criticism that it was too commercial and poorly planned.

Over 9,000 people attended this year’s parade in the county town on Monday, which featured more than a dozen floats, as well as local sports clubs and brass bands.

However a number of callers to local radio programme Limerick Today on Live 95FM on Monday were critical of the parade, claiming that it did not run on schedule and focused too heavily on promoting local businesses.

Local businessman Seamus Hennessy defended the parade, and said that people with ideas about things to change should get involved with organising next year’s event.

“I had a vantage point from the stage, and I thought that everyone enjoyed it. There was great craic, and commercially it was a great success.

“It is a very expensive pageant to run: you’ve insurance and a lot of other costs. Everyone is in business, and if a business comes to us looking to promote what they’re doing, we’ve a responsibility to accommodate them.

“I welcome negativity, because if there’s something wrong we can put it right. When you think about it, it costs about €6,000 to stage. I’m disappointed that people would be on the critic bike, instead of saying ‘how can we help out?’”

The parade itself featured a colourful ‘ball hop’ in which the organisers were told that Cheltenham Champion Hurdle winner Hurricane Fly was en route to make an appearance. However it turned out to be a prank, and as the horse led out the parade it was followed by a donkey named Hurricane Lie, mounted by local character Billy Power.

The parade featured over 1,000 individual participants, and more than a dozen floats.