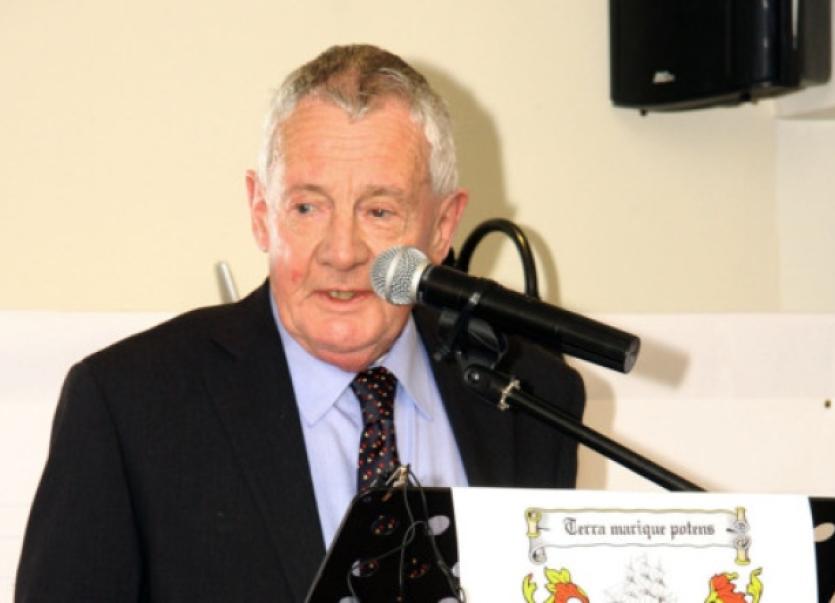 Men, women and children came from New Jersey, Kansas and just over the road to the O’Malley Gathering event in Murroe on St Patrick’s Day.

Men, women and children came from New Jersey, Kansas and just over the road to the O’Malley Gathering event in Murroe on St Patrick’s Day.

Despite being different ages and from contrasting backgrounds they all had one thing in common –bloodlines.

Around 200 were expected by the O’Malley Gathering committee, who have been working on the project for months, but 400 arrived in Crokers.

One of the family trees stretches to 23 feet in length and contains the names of over 1,500 people going back nine generations.

He told of his ancestor burning Barrington’s turf and escaping out the back window of the house when the police arrived at the front door. He eventually made his way to Chicago and set up a tavern.

“Murroe is still a big part of the lives of the Kansas O’Malleys and we all feel a strong bond with Murroe,” said Ed O’Malley. In the course of his speech he mentioned many local areas including Madaboy, Cappanouk, Pallasbeg and Cappamore.

Des O’Malley reminded all that Madaboy, Murroe was the ancestral home of the Limerick O’Malleys. “I expected about 50 people to be present when in fact over 400 turned up,” said the local political legend, who added he only recently found out he was related to rugby stars John and Tom Hayes. He regretted not knowing earlier, he added, because he could have been boasting about them for the past 13 years!

Eddie Butler, Corbally, whose mother was Mary Agnes O’Malley, Cappanouk, jocularly took issue with Des by saying that Cappanouk was the ancestral home of half the O’Malleys on one of the family trees. In his speech, Mr Butler joked that being a Fine Gael supporter he enjoyed taking issue with Des!

Tim O’Malley recalled the life of Pamela O’Malley formerly of The Round House, Limerick, who settled in Madrid and was imprisoned by the Franco regime for supporting the communists at the time of the Spanish Civil War.

As well as the event in Crokers there was a special Mass, historic walk in Clonkeen church and graveyard and children’s event.

Already attention is turning to June, when relatives from New Zealand are coming. In their research they found in a small rural school in Central Otago of 32 pupils, 18 were O’Malleys!