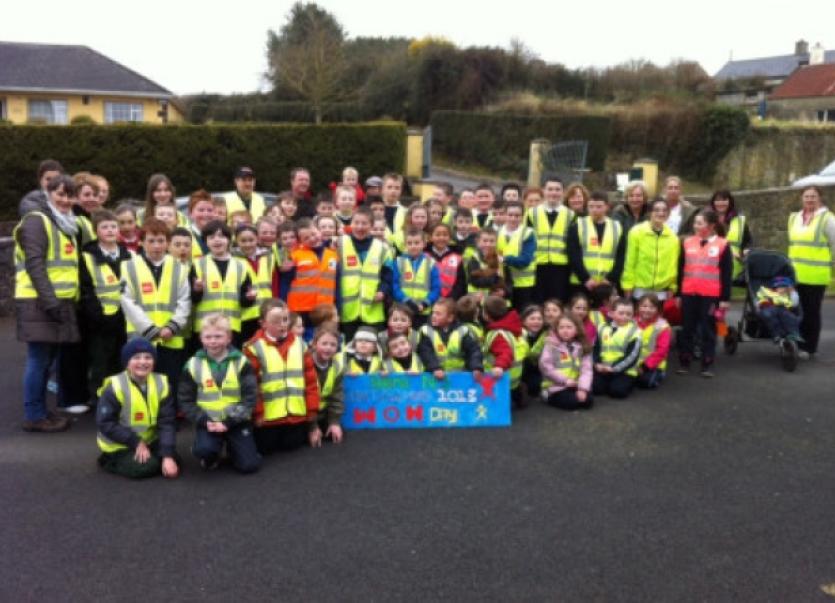 BARNA National School is well on target to achieve its goal of receiving an active flag.

BARNA National School is well on target to achieve its goal of receiving an active flag.

The initiative launched by the Department of Education in 2009 recognises schools that strive to achieve a physically active and educated school community.

Barna National School began their journey almost a year and the active flag school committee have taken giant leaps in that time.

To get the flag they had to evaluate their current programmes and implement changes to promote physical activity.

Already, there is more extra-curricular activities after school, new equipment and achievements have been celebrated on the wall of the PE hall.

A crucial element in getting the flag is hosting an active school week, which they have completed, says Michael Fitzgerald.

The teacher said they began the week with a visit from Sean Grace, Munster community rugby officer.

“The children enjoyed a variety of games which helped develop agility, balance and coordination.

“On Tuesday, the pupils from second to sixth class attended swimming lessons in the Sean Treacy memorial swimming pool in Tipperary.

“Later, all classes took part in water safety demonstrations, which included tips on how to help a person in distress in water,” said Mr Fitzgerald.

A WOW (Walk on Wednesday) day took place with pupils, parents and staff walking around Barna, covering a total distance of 2kms. So it wasn’t just the pupils who were getting themselves fit!

The boys and girls were back on the field of play on Thursday thanks to a visit from Deirdre Murphy of the Camogie Association.

Mr Fitzgerald said Ms Murphy put on an excellent coaching session which helped to develop the fundamental skills of camogie and hurling.

Last but not least there was a ceili mor on Friday but there was still a sporting theme.

“For their brilliant efforts throughout the week, the children received a certificate of participation from Limerick senior hurler Aaron Murphy,” said Mr Fitzgerald.