In Pictures: Young people from across Limerick honoured for their community service 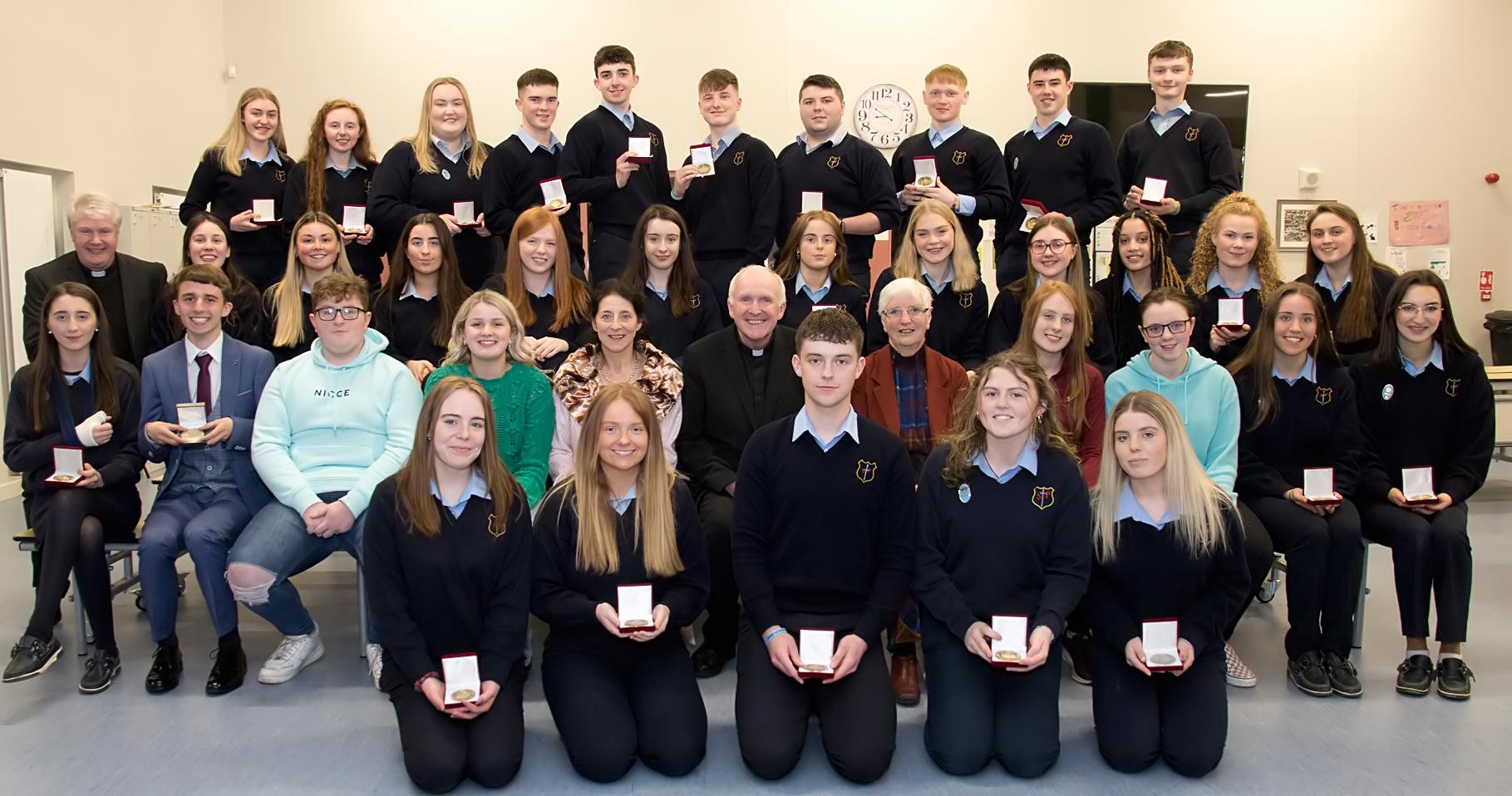 FIFTY young people from across Limerick have received special John Paul II Awards for selfless work in their local parishes and communities.

The John Paul II medals were presented by Bishop Brendan Leahy at an event in Scoil Pól in Kilfinane and were the first since the outbreak of Covid and the fourth ever to be awarded in Limerick.

It is a non-competitive, inclusive and voluntary award programme for young people aged between 16 and 18, focusing on youth activity in the church as well as in community and society.

Bishop Leahy said: “The work they have been doing in their local areas is tremendous and brings such richness to their parishes, their local communities and to themselves.”

In Pictures: Craic agus Ceol in Limerick town for first Fleadh by the Feale in three years

On the community side, recipients shopped for the elderly, got involved in tidy towns, sports coaching with younger kids and visited nursing homes.

Nine young people received the Papal Cross Award, which is the highest-level award and can only be achieved once the person has already achieved a Gold Medal.

Gold Medal recipient, Ciara O’Riordan, said that participating in the programme has been a “pivotal moment” in her life.
“Being involved in the JPII Award has been a life changing experience for me.

“Realising that I can make a difference has awakened a sense of pride and belonging in me. This is something I will always treasure,” she said.